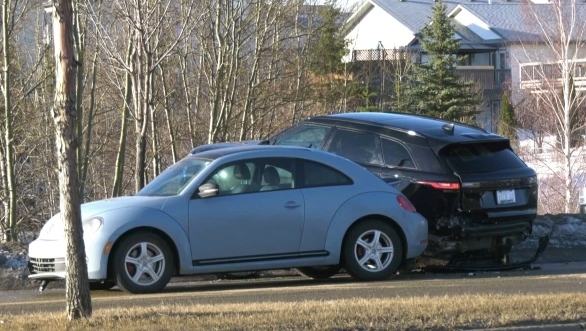 Two drivers that stopped to exchange information after a fender bender in southeast Edmonton Friday morning were taken to hospital after a third vehicle slammed into the wreckage.

Police said the original crash, involving a Land Rover and a Volkswagen Beetle, happened at approximately 9 a.m. near 17 Street and 38 Avenue.

While the drivers in that crash were speaking at the side of the road, another person driving a Toyota Camry rear-ended the Land Rover, causing it to strike both people, police said.

"EMS responded, treated, and transported both original drivers to hospital for treatment. The driver of the Toyota Camry sustained minor injuries and sought treatment at a hospital as well," said Edmonton Police Service spokesperson Landis Reichle.

The service's Major Collision Investigation Unit was called to the scene and traffic on 38 Avenue was redirected for several hours.

There was no word on charges or tickets for anyone involved.