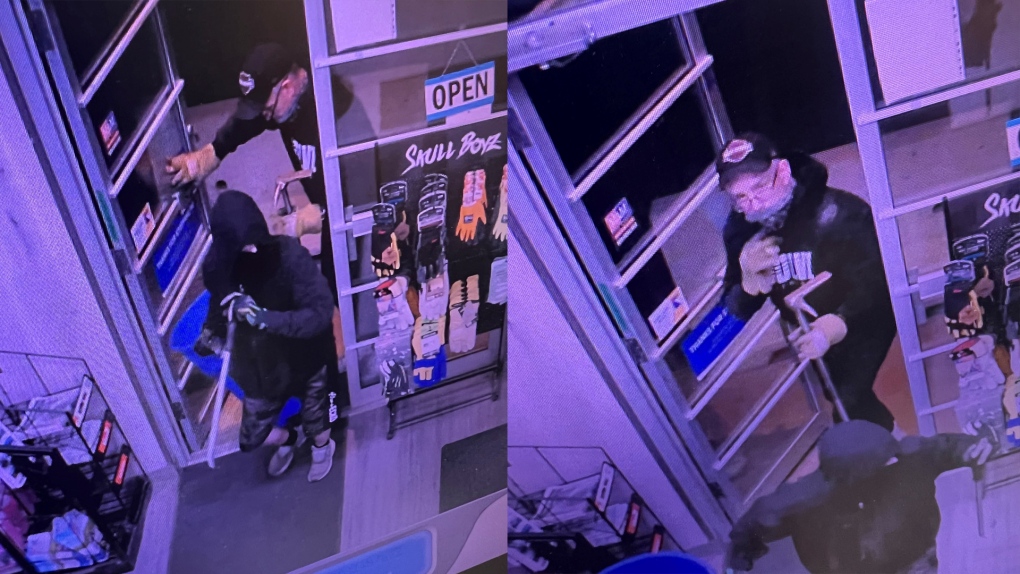 Police are looking for the two men who robbed at Fas Gas in Forestburg, Alberta. (Supplied: RCMP)

Police are looking for two men who stole thousands of dollars of tobacco products from a gas station southeast of Edmonton earlier this month.

Police say they stole $30,000 in cigarettes and tobacco products before heading north on Highway 856.

The vehicle is described as a light-coloured older model Jeep Compass with a black steel rim on the front passenger side, black mirrors, and a roof rack.

Police say this vehicle is wanted in connection with a robbery at a gas station in Forestburg, Alberta. (Supplied: RCMP)

The second thief wore a black hoodie and camo shorts that had a black stripe down the leg and “ECKO” printed in white.

Forestburg is about 180 kilometres southeast of Edmonton.

Jupiter will make its closest approach to Earth in 59 years on Monday, September 26, according to NASA.