The City of Edmonton has hundreds of vacant positions to fill after nearly 40 per cent of laid-off leisure program staff members did not return when the city began reopening last month.

"We do have a staff shortage, and we do have a series of postings that are out at this current time," Teresa Miller-Grayston, director of leisure centres for the city, told CTV News Edmonton on Wednesday.

According to Miller-Grayston, when the city recalled staff who had been laid off due to COVID-19, roughly 500 of the 1,300 leisure program workers had moved on.

"The opening and closing of the recreation facilities over the past 17 months has been very difficult on our staff," said Miller-Grayston.

"Staff have found alternate employment during this time and have a variety of reasons why they might not be returning back to their job when we did the recall process."

For the past month, the city has been working to fill arena staff, sports field staff and playground staff positions, but Miller-Grayston said many of them are still vacant. That includes more than 100 jobs related to aquatics facilities.

City pools' operating hours have been adjusted to meet an 84-hour-a-week baseline, but Miller-Grayston said the city hopes to extend those hours as new staff is hired. 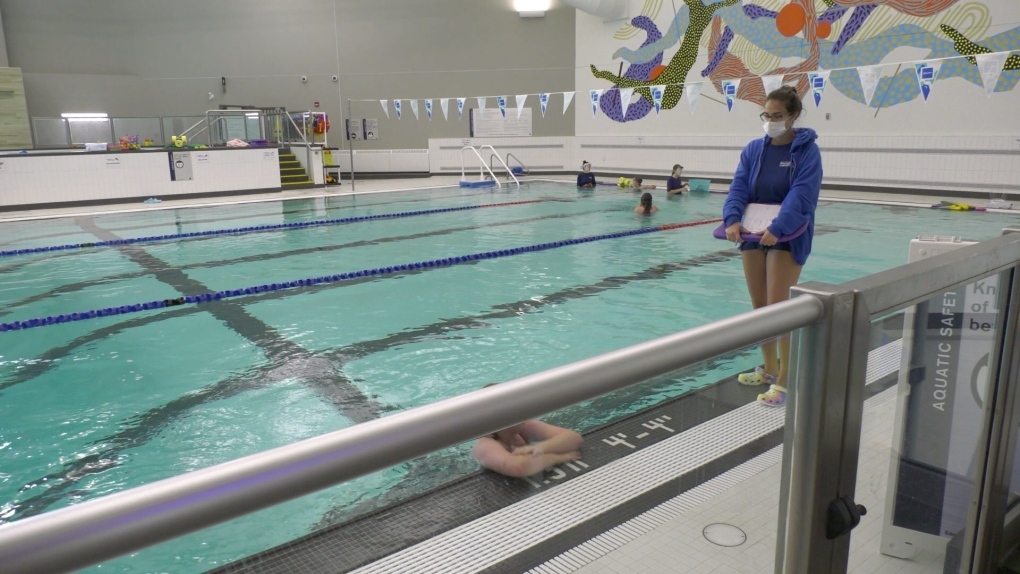 Seventeen of Edmonton's 22 aquatics facilities are now open, with the remaining five closed for rehabilitation work.

A full list of Edmonton's public pools and rec centres that are currently open is available online.

Staff shortages have also caused delayed launches at many of the city's Green Shack locations.

CORRECTION: Some Green Shack locations will open in the coming weeks as we work to hire our talented staff. Visit https://t.co/ZVCSJuMUx2 to see if your site will experience a delayed opening.

Miller-Grayston said the city hopes to have the program back up and running fully by next month.

"We're going through and hiring as quickly as we possibly can. We're hopeful by the end of July we will have all staff hired."

Anyone interested in working for the City of Edmonton can apply online.