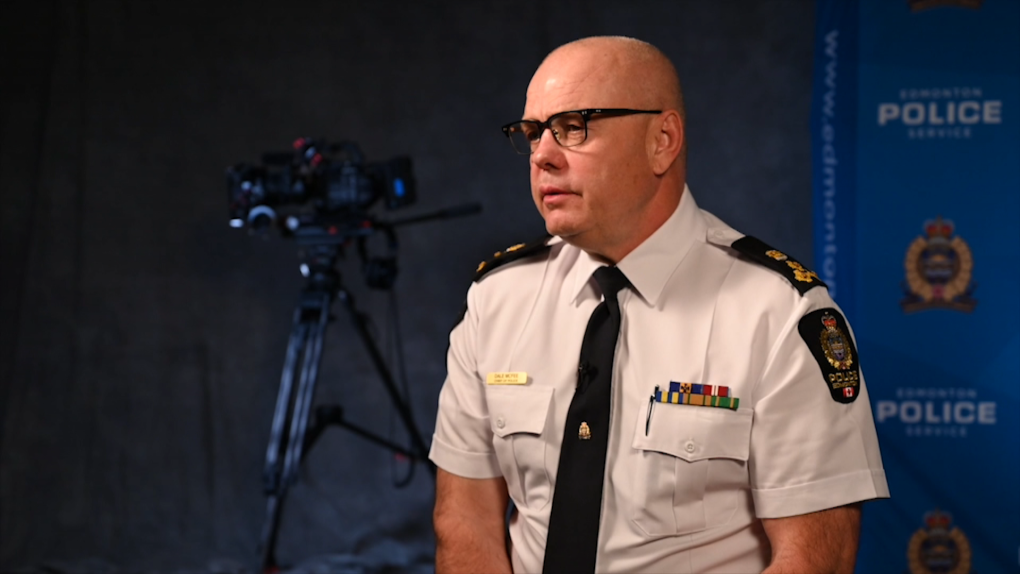 According to police, a social safety net is comprised of multiple programs, benefits, and supports supplied by governments, public and non-public charities, non-profit organizations and private sector companies.

“This is a systemic issue,” he said. “Even the public is asking for systemic change so let’s start looking at it that way. It’s not just police, it’s not just addictions, it’s not just housing it’s all of us.”

HelpSeeker was engaged by EPS at the direction of city council to conduct an in-depth analysis into all monies spent annually.

The audit took into consideration funding from all levels of government, as well as charitable donations and fundraising proceeds directed at the city’s social safety net system.

According to the audit, $2.1 billion is allocated to community social service charities, $298 million in public and private foundations, $1.3 to $ 1.5 billion in addictions and mental health services, $782 million in budgets for first responders and $3 billion in direct government cash transfers to individuals.

During a press conference on Tuesday, the police chief said spending needs to be divvied out better, reporting a lack of coordination resulting in services overlapping and overall public confusion.

Dr. Alina Turner, co-founder of HelpSeeker, said: “Edmonton has a tremendous opportunity to rethink its approach to social challenges, especially in light of the inequities precipitated by the pandemic. This is the time to dig deeper and transform the whole of the social safety net to be human-centered, integrated, and efficient.”

Turner and McFee both highlighted the inconsistencies and the challenges in tracing funding impacts system wide due to limited or varied public data.

“We still have countless citizens falling through the cracks," McFee said.

According to him, the impacts are showing up in communities with an increase in domestic violence, emergency room visits, and a rise in our homeless population, all of which result in a greater demand for police services.

“That defund the police argument, and we've been the first to say we're already changing and actually reinvesting in ourselves, but that doesn't make any sense and when you actually add some of our challenges that we have in this city, I think it's more important that we look at collectively in how we can all play a better part here,” McFee added.

The audit is calling for an immediate call to action from the provincial government to create an integrated framework to recalibrate funding streams and determine clear measurable outcomes.

“This is really the first time someone has paid attention to this level that something needs to be done,” Turner said.

“We are not waiting for a study. We are moving on reducing demand and need and making sure every off-ramp works,” McFee added.

“It’s go time and we’re not afraid of that. Now’s the time to plan for the day after we get through this.”