$7 for a coffee? Starbucks introduces its priciest brew yet 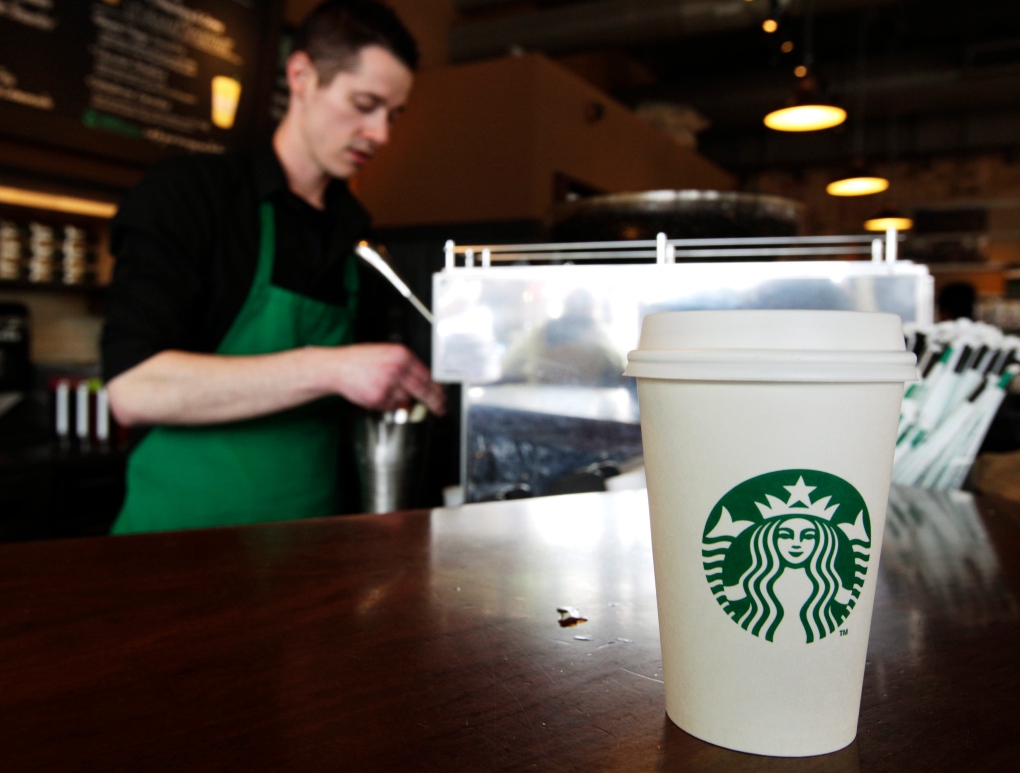 A Starbucks drink waits for a customer to pick it up as barista Josh Barrow prepares another in Seattle in this April 2012 file photo. (AP / Ted S. Warren)

Well, you can probably grab a very nice lunch at the food court, or two decent brown-bag lunches from home. Or now, you could get a single cup of coffee.

The costly caffeine hit will set drain $6 from your wallet for a Tall, or $7 for a Grande.

Of course, Starbucks coffees have never been cheap, but most of the time, what you’re paying for is the milk in all those lattes and frappucinos. This time, the high cost comes from the exclusive bean.

The Finca Palmilera is a Geisha coffee – which is a rare, difficult-to-grow heirloom coffee varietal. The Geisha is named for the village in Ethiopia where it was first discovered before being brought to Central America.

According to Starbucks, the coffee is expensive because Geisha varietals produce only a small number of coffee cherries, making the beans very rare and yet full of concentrated flavor. “It is prized for producing one of the most exquisite and highly sought-after coffees in the world,” the coffee giant says.

Starbucks has already sold out of a similar Geisha from Costa Rica, called the Tarrazu Geisha. When the company put that coffee up for sale in early November, only 450 bags were available. Coffee connaisseurs snapped it all up within 24 hours.

This time, the company says it has 3,800 pounds of beans available from the Palmilera plantation.

TV comedian Jimmy Kimmel had a little fun with the new brew, staging a taste-test station Wednesday to see if people in New York could tell the difference between the special reserve coffee and the regular stuff.

Of course, Kimmel poured the same regular coffee into both cups. And yet many of the testers insisted one of the cups had a “richer,” “bolder” flavour.

The Geisha blend is only available at 48 locations across the U.S., so Canada’s diehard coffee-lovers will have to head south to sample a cup.