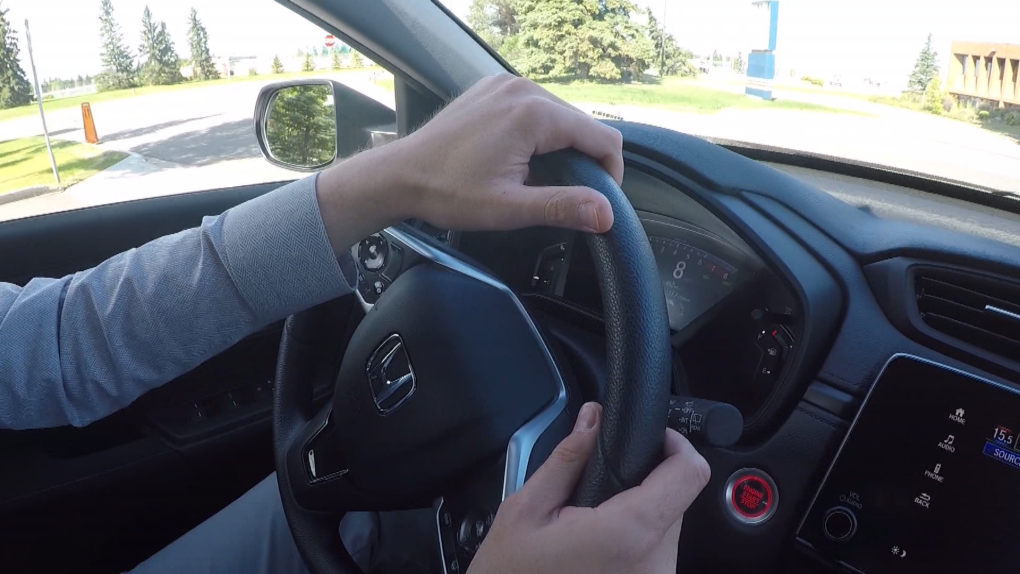 Ninety-seven per cent of Alberta drivers admitted to aggressive and road-rage like behaviour when behind the wheel, in a newly released online survey. (File Photo)

EDMONTON -- A new survey released by a Canadian insurance company suggests a large majority of Alberta drivers may have road rage.

Of 1,522 Canadians who participated, 97 per cent of Alberta drivers admitted to aggressive and road-rage like behaviour when behind the wheel.

Meanwhile, 96 per cent of the same survey participants said they considered themselves courteous drivers.

"That to me was a little bit contrary and I'm not quite sure why that is," Anne Marie Thomas, insurance expert at InsuranceHotline.com, told CTV News Edmonton.

Also among the survey's findings: 70 per cent of Alberta respondents admitted to purposely braking when someone follows too closely.

Eighty-three per cent of drivers in Alberta admitted to speeding, and 59 per cent said they swear and make hostile gestures while behind the wheel.

But Alberta isn't the only Canadian province whose drivers have bad habits, according to the survey.

Eighty-eight per cent of respondents in British Columbia admitted to speeding, while the national average was 82 per cent.

Fifty-seven per cent of Quebec drivers said they have tailgated a slow-moving vehicle, with the Canadian average sitting at 47 per cent.

Overall, 60 per cent admitted to honking in angry frustration. According to the survey, the highest number of those drivers -- 66 per cent -- live in Saskatchewan and Manitoba.

The survey also found that nearly 30 per cent of drivers have considered taking their road rage to a new level by doing something like throwing an object at another vehicle or physically confronting another driver.

Dangerous driving can carry a wide range of penalties, with anything from fines to prison time, depending on the severity of the incident.

Last month, police say, two cyclists were victims of road rage just west of Edmonton when a man driving a pickup truck yelled obscenities at them, veered toward them then drove away.

The truck then came back, spun its tires and sprayed gravel at the two cyclists.

Thomas says there are steps you can take to avoid giving in to aggression behind the wheel.

She suggests treating other drivers the way you would want to be treated, using your turn signals when changing lanes, driving the speed limit and avoid cutting people off and driving distracted.

"Take your time. Someone flips you off, just pretend you didn’t see it and keep driving."

The survey used Leger's online panel and does not have a margin of error as a non-probability sampling method.