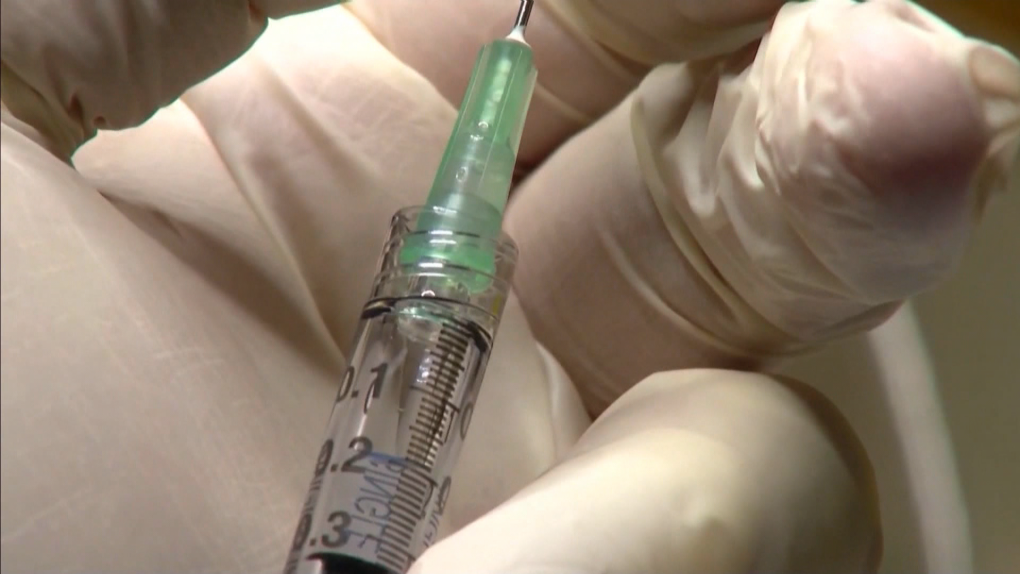 EDMONTON -- After a glitch with its booking system Alberta Health Services says all 16,000 vaccination appointments have been filled. Still, United Nurses of Alberta calls the process chaotic and is calling on the government for more transparency.

More than 2,000 health care workers in the Edmonton area are rolling up their sleeves at vaccination clinics this weekend.

“What we see is that there’s really a lot of chaos and disorganization in the rollout of this process,” said Danielle Larivee, Vice President of the United Nurses of Alberta.

Larivee says members are excited to get the vaccine, but say the process has been confusing.

“Earlier this week we saw Premier Kenney talking about there being, and Minister Shandro as well saying there was such a lack of vaccine, they were having to shut down clinics and next thing we know there’s 16,000 appointments.”

There were issues with a link to book an appointment, an issue officials say has since been resolved, but the UNA says there are many getting it who shouldn’t.

“I heard on a unit where the unit clerks or managers have been getting it and yet the nurses or LPNs who are on the floor haven’t got their emails even yet, let alone been able to book the appointment.”

More than 74,000 vaccinations have been given since the middle of December, but after we learned Friday that Pfizer will delay delivery of some vaccine to Alberta, the health minister said the schedule would be impacted.

“As a result of fewer doses of vaccine coming into our province, it will take longer to complete immunization of the priority health care workers who are currently part of phase one,” said Health Minister Tyler Shandro on Friday.

Despite potential delays, the UNA says the government needs to be more transparent about its immunization plan.

Answers it will have to wait for as the government says it’s still finalizing a plan for phase two priority groups.