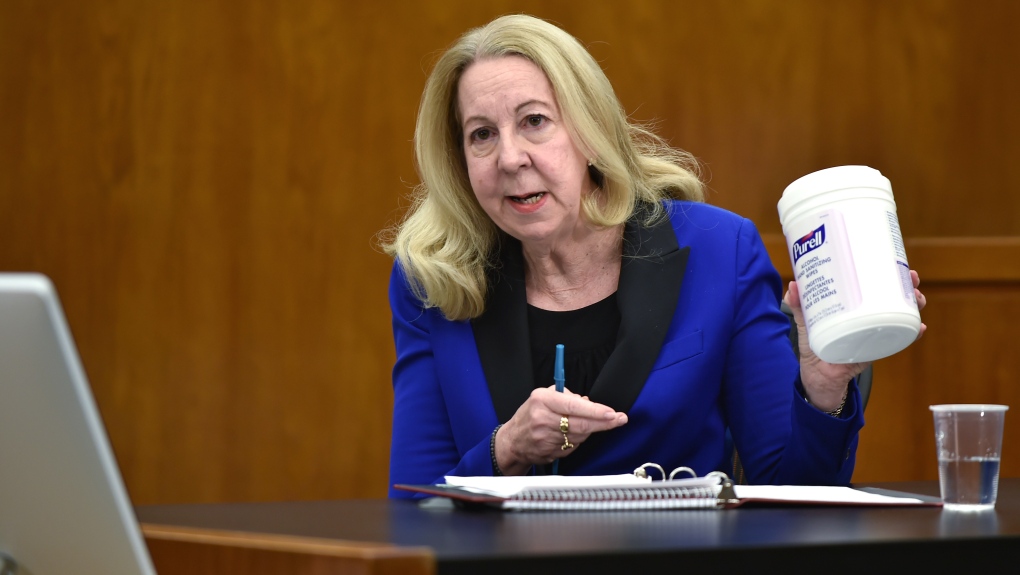 Court of Queen's Bench Chief Justice Mary Moreau held a video press conference on April 7, 2020 to outline the steps the court was taking to maintain justice during the COVID-19 pandemic (Ed Kaiser/Postmedia)

Between March 15 and 17, Alberta's Court of Appeal, Court of Queen's Bench and Provincial Court all announced restrictions on court attendance in line with public health recommendations.

"It’s a very public place, our courthouses are considered to be a bit of potential petri dishes for the development of contagion," Court of Queen's Bench Chief Justice Mary Moreau told reporters on Tuesday.

"It was a very important first step to relieve courthouses of the traffic."

Among the measures include an email-based filing system, a reduction in the number of judges working in courthouses and more hearings conducted through phone, video chat or other virtual means.

"It feels a little bit like whack-a-mole sometimes. We are putting out some brush fires," said Moreau.

Moreau says Edmonton and Calgary now each have five Queen's Bench judges working in courthouses, with the remainder working from home.

“Ironically, as the pandemic heightens, so does our ability to increase access to justice remotely.” 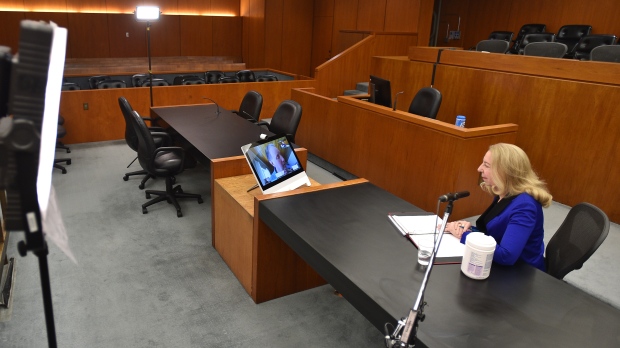 Moreau also highlighted concerns over how long some cases were taking to reach trial.

A 2016 Supreme Court of Canada ruling, known as the Jordan ruling, established a 30-month time limit between the time a person is charged and the time his or her case goes to trial.

She noted the legal system was having difficulty getting some cases to trial within that time limit prior to the COVID-19 outbreak, in a development she termed "disturbing."

"Obviously the pandemic has not helped in dealing with these cases," she said.

"I've make no bones about the fact that the Jordan problem has gotten worse because we’ve had to adjourn a number of criminal trials."

She said the court is working with bar to come up with solutions to more quickly get cases to trial, including swearing affidavits via email and more pre-trial conferences to determine if cases can be resolved without a formal trial.

"We're continuing to encourage the bar to find alternative solutions."

Moreau said some of the changes could be here to stay once the pandemic passes.

Currently, courts are not hearing matters deemed to be non-urgent, but that could change as the court builds its digital administration and virtual hearing increasingly become the norm.

"As the pandemic moves towards its peak, the court is certainly retreating from being a physical presence and physical structure," she said.

"But it is ramping up its remote capacity and capability to process matters, including non-urgent matters."

She said some of the measures the court is adopting to ensure justice is still carried out could last beyond the pandemic.

"Working actively from home so we can get into this new age and if it’s going to last for months we've got to adapt and we want to do this sooner rather than later."