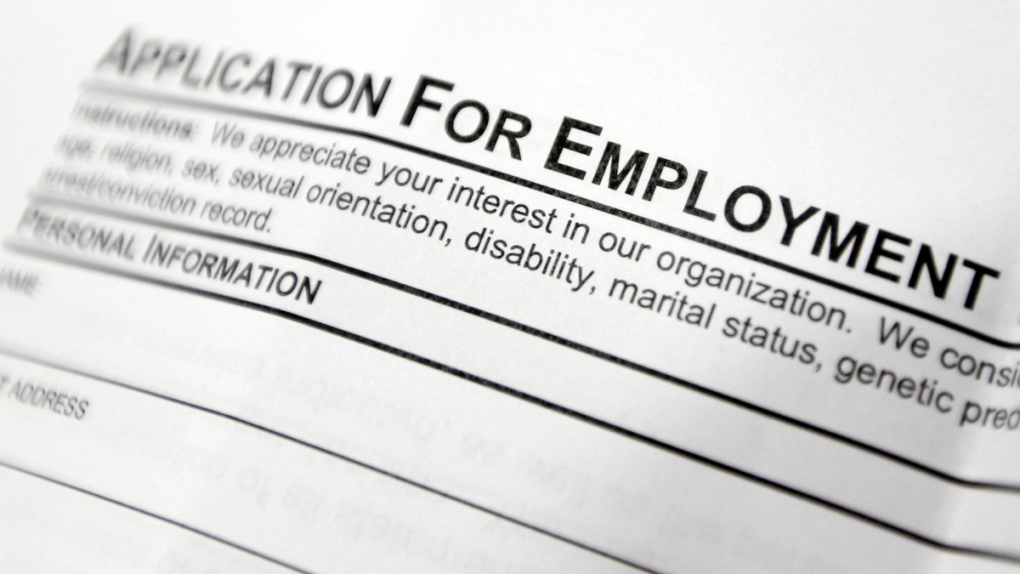 New data from Statistics Canada shows the February unemployment rate in Alberta sat at 9.9 per cent. That's down from 10.7 per cent the month before.

Both are well above the current national unemployment rate which sank to to 8.2 per cent, the lowest level since March 2020 at the onset of the COVID-19 pandemic.

Edmonton's unemployment rate fell slightly to 11.6 per cent, down from 11.9 per cent in January. Calgary's rate remained the same at 10.6 per cent.

Lethbridge, the only other census metropolitan area measured in Alberta, saw its unemployment rate fall from 8.1 per cent last month to 6.8 per cent in February.

Unemployment rates fell in six of the 13 provinces, including B.C., Alberta, Ontario and Quebec.

The gains now leave the country 599,100 jobs short of where they were in February of last year, or 3.1 per cent below pre-pandemic levels.

The economy lost almost 213,000 jobs in January as lockdown measures erased months of gains, and marked the worst monthly declines since last April.

February's reopenings reversed that drop with gains largely in Ontario and Quebec, and in sectors highly affected by tightened public health restrictions.

The federal government is keeping a close eye on the labour market, suggesting it will use jobs as a gauge for planned stimulus measures to be unveiled in a spring budget.

So too is the Bank of Canada monitoring employment, noting the uneven impacts of job losses in its reasoning this week for holding its key policy rate at 0.25 per cent.