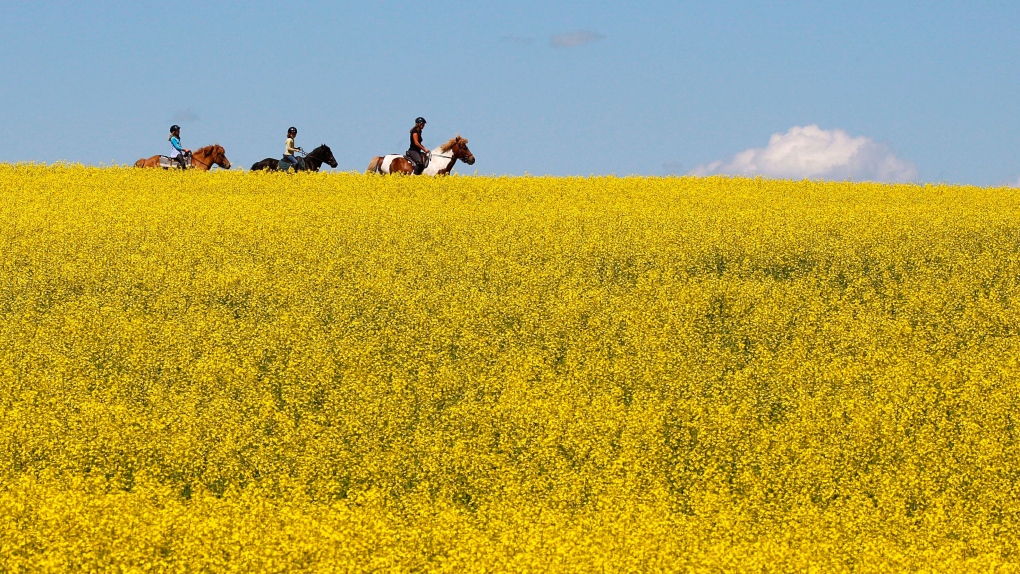 A summer full of poor weather conditions has not made things easy on Alberta farmers.

"It wasn't a great year, we had a lot of trouble with weather, the south was very dry, central to northern was quite wet and harvest was horrible again," said Alberta Canola Chair and farmer John Guelly.

But farmers received good news on Thursday, when Minister of Agriculture and Forestry Devin Dreeshen announced funding would be maintained for rural utilities, irrigation districts and agriculture societies.

Irrigation districts will receive $14 million in 2019-20 for irrigation infrastructure rehabilitation projects. The funding will go down to $10 million next year and increase to $12 million the year after.

Agriculture societies operate more than 700 facilities across the province, and their funding is being maintained at $11.5 million per year.

"The support payments that [farmers] would have, in crop insurance or AgriStability, those are the same. I would like farmers to know that the government is still supporting them at the same level they always have been," said Dreeshen.

This is just a step in the right direction according to Guelly, who says there needs to be changes to the business risk management programs. Around 20, 000 Albertans accessed AgriStability in the 2018-19 farming season.

"The AgriStability program certainly needs some review in a lot of cases it doesn't give a lot of coverage to most farmers they either need to drastically restructure it or come up with a different program that helps farmers a lot better."

Besides a tough harvest, one of the main challenges facing farmers is getting products to market. Earlier this week, Prime Minister Justin Trudeau announced on Twitter that China would be reopening its doors to Canadian beef and pork exports after China had stopped accepting them in June.

"It was a good first step that now our beef and pork exports are being reopened to China," said Dreeshen.

Now the focus is on canola, which China has not accepted since March.

"I don't foresee anything changing in the near future," said Guelly. "I would like to but I think the conversation hasn't really changed. China still isn't really speaking to the issue."

The province is a little more positive about the situation.