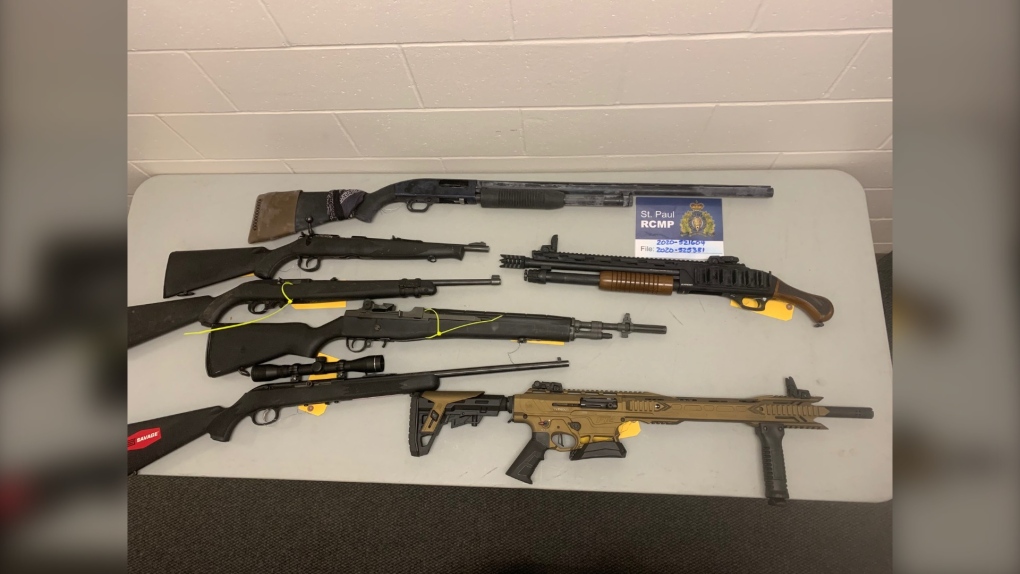 EDMONTON -- Central Alberta RCMP have busted a firearm trafficking scheme they learned of while investigating an unrelated shots fired complaint.

St. Paul RCMP were in Saddle Lake, Alta., on April 25 to look into the unsafe discharge of a gun when they learned someone was legally buying guns for other people who could not.

A local resident, Harley Cardinal, 46, faces four charges of weapons trafficking and one charge of unsafely storing a firearm.

Both were taken into custody and scheduled to appear in St. Paul Provincial Court: Harley on May 28 and Marcus on May 21.