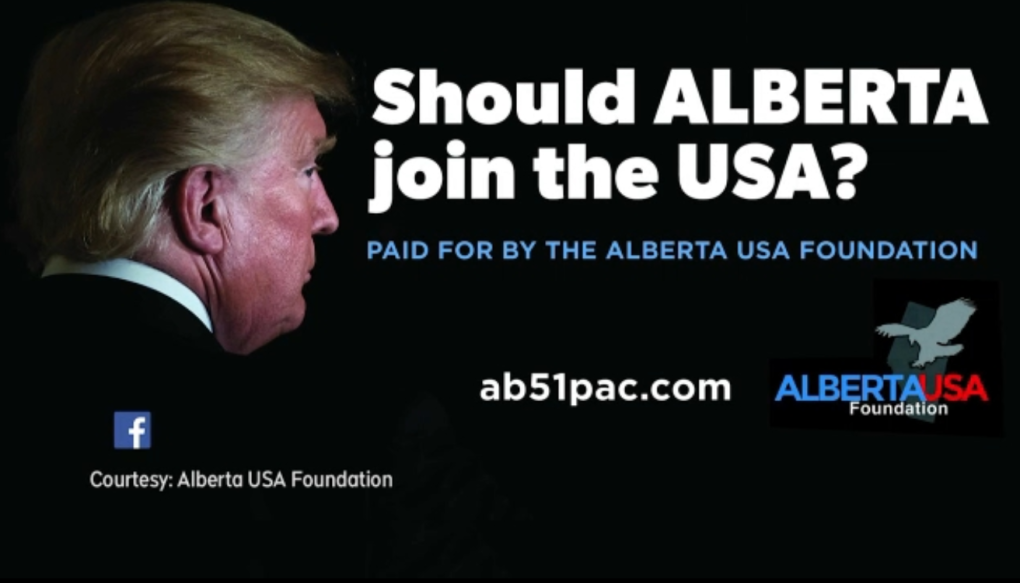 This image will be on billboards in several Canadian cities.

EDMONTON -- An Alberta separatist party has plans to put up billboards in Canadian cities that will likely raise some eyebrows.

The Wexit party says it is taking the temperature of Albertans about wanting to join the United States.

The billboard will go up at midnight in Edmonton on Monday at 109 Street just south of Jasper Avenue.

Billboards will go up in Edmonton and Ottawa to begin with, but plans in the coming days including adding them to Calgary, Vancouver, Toronto, Montreal, and Quebec City.

CTV News Edmonton reached out to the provincial government for comment, but had not received a response at the time of publication.