The film follows Bigfoot's crusade against a fictional oil and gas company planning to bomb a valley in Alaska to expand its oil extraction efforts.

The Canadian Energy Centre – often referred to as Alberta's war room – has launched an online petition against Netflix asking the streaming service to portray the oil and gas sector in a more accurate light.

"Every time the war room does something stupid, that’s drawing the public’s attention, I seem to see a boost in my business," Mike Kendrick told CTV News Edmonton.

Kendrick sells original art on Etsy under the name Ironclad Folly. His prints are available in different forms including on posters and t-shirts.

"I actually started this design right around the time that whole logo theft debacle happened and I think they were probably onto the third version of the logo by the time I got the poster done," said Kendrick referring to a 1984-style poster depicting the Canadian Energy Centre he designed a year ago. 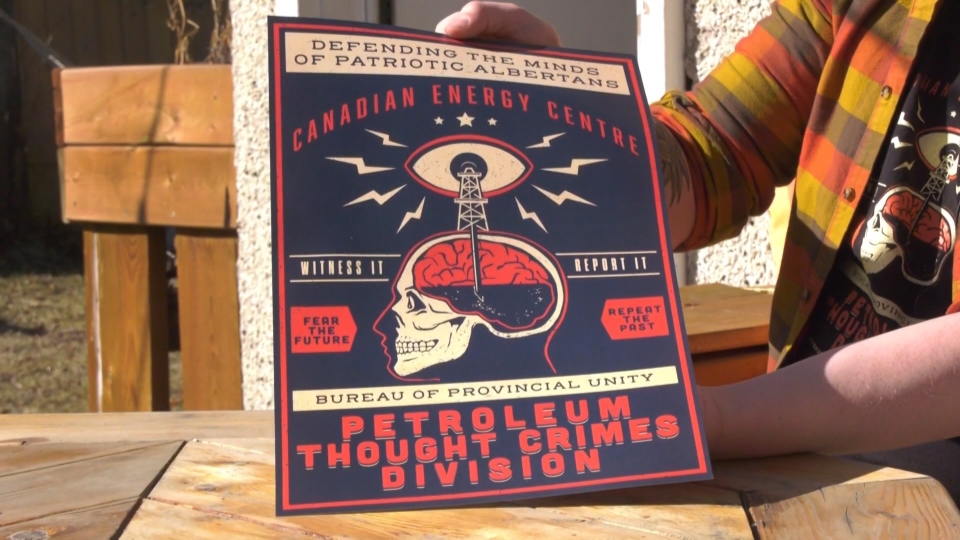 The satirical design became a bestseller on his Etsy page and is now seeing another surge.

"I've been selling in the dozens of posters and I had to get another production run of t-shirts. I ran out," the Edmontonian said.

'I CAN'T KEEP UP': GRAPHIC DESIGNER

Edwin Mundt – who is behind the business The Big Steak Graphic Design – has also seen a boost in sales.

He designed an "I Love Alberta Bigfoot" image that appears to be a hit.

"I am ready to order a second batch of stickers. I am close to selling out. And the hats seem to be popular," he told CTV News Edmonton.

The Calgary man just created the design last Friday and said he has already sold 60 t-shirts and 90 stickers.

"There's a lot of anti-Ottawa type merchandise that you see so I knew there was a market for something a little bit different," he said.

Over the weekend, it became one of the top-10 streamed films in Canada.