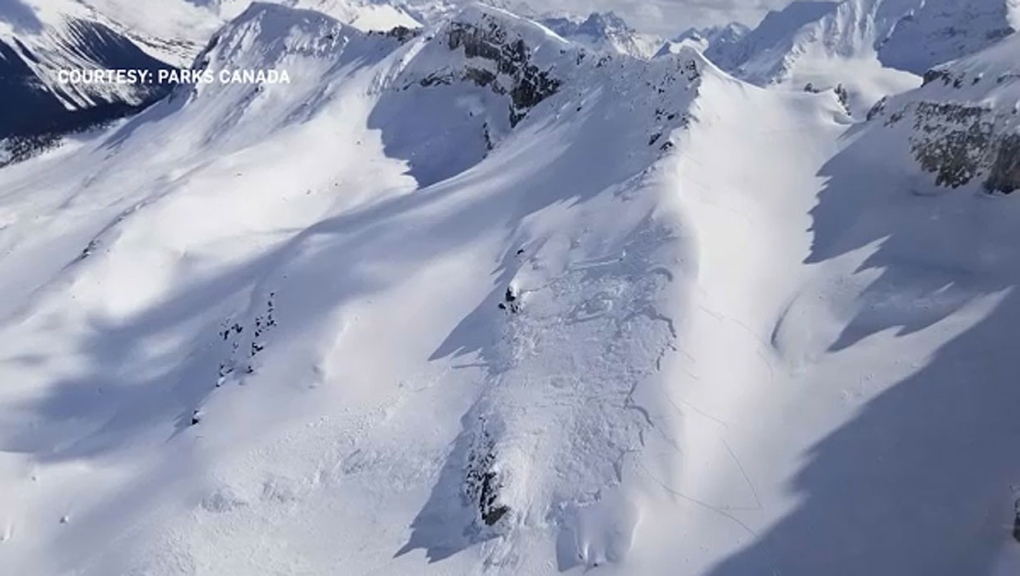 As well, the Icefield Parkway (Highway 93) was closed for avalanche control activities from Athabasca Falls to Saskatchewan River Crossing beginning 5 p.m. Jan. 12 with an estimated reopening time of 2 p.m. Jan. 14, according to Parks Canada.

“What we do is monitor (areas) throughout the winter daily, not just when storms come on,” said Steve Young, a communications officer with Parks Canada. “The visitor safety team goes on their skis, makes sure it's a stable snow pack. We do avalanche control until the snow stops flying.”

The members of those teams “are highly trained experts: accredited mountain guides who need to be able to do cross country skiing and be explosive experts and weather forecasters,” Young said.

He noted a lot of work with avalanches is done in BNP. The three main areas of concern are the Weeping Wall, the Gravel Slopes and the biggest of all, Parker's Ridge, which were all handled on Jan. 3.

The Weeping Wall is north of Lake Louise and south of an area known as the Big Bend, a wide valley.

“You'll notice how, when the snow melts, tiers come down really close to the road and you're starting to go up the road to the Big Bend,” Young said. “That's the first area.”

The Gravel Slopes area is further north after doing a U-turn around the Big Bend and going up the highway, just before reaching the top.“Then you continue up and go to Parker's Ridge, two, three kilometers up,” Young said. “That one's concerning because of the proximity to the highway and also because of the amount of snow there and the wind (whips the snow into drifts).”

Avalanche control is done from a couple of points: low targets and high targets.

“You can reach (low targets) with an avalauncher, a big gun that launches explosives,” Young said. “That'llâ€¦ get it down and (it is) cleaned up after. With avalanche control at a higher region, you bring in a helicopter.”

Precision is essential for helicopters when these explosives are dropped.

“It's on a bigger scale, there's more targets and it's more complex and higher up the mountains,” Young said.

For the visitor safety team, a typical day starts at 6 a.m. as they hit the road and head for the parkway.

“The first people monitor the snowpack and radio back to give the conditions, how many explosives are needed,” Young said. “Then they'll work with Parks Canada law enforcement (who) help sweep the area.”

Members of the public on the parkway are given a certain amount of time to clear the area.

“We do understand how vital the parkway is to some people,” Young said. “We try to give people enough notice to change their travel plans.”

The visitor safety team is an interchangeable group and performs a number of duties.

“There's a safety meeting, a briefing, based on the assessment that's done,” Young said. “Also headed down the highway is our snowplow - usually two - to clear the highway.”

In the case of high targets, a place needs to be established for a helicopter to base.

“Everybody assembles, there's a safety meeting - very important - and there's one vehicle that goes down with explosives,” Young said.

Even with all the planning, Mother Nature makes the decision about what goes on. Young recalled avalanche control having to be done in September two years ago as there had been a snowstorm of 40 centimeters on the parkway.

On Jan. 12, the avalanche hazard was “considerable” for the alpine and treeline levels in Jasper National Park and “moderate” for below treeline. Strong southwest winds and new snowfall were forecasted for the region over two days.

Travellers are encouraged to check 511.alberta.ca for up-to-date road conditions.