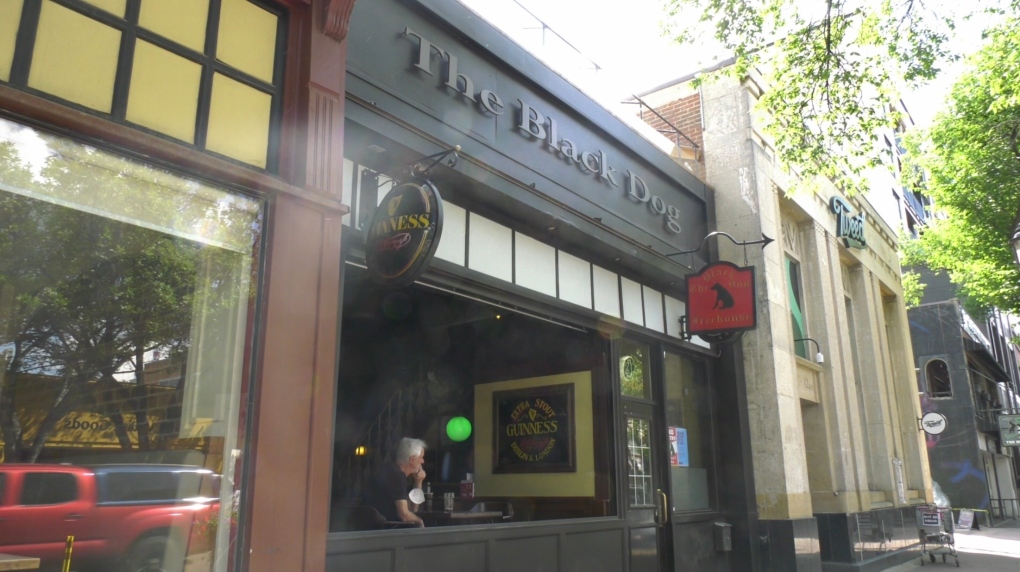 The Black Dog Freehouse Bar on Whyte Avenue reopened Monday after an employee was assaulted outside the pub after midnight on Sunday.

Edmonton police told CTV News Edmonton a 25-year-old staff member was assaulted by a 26-year-old outside the business who had an edged weapon.

The employee was transported to hospital with significant injuries but remains in stable condition.

Police charged Miguel David Pineda with aggravated assault and assault with a weapon.

On social media, the bar called the attack a “random act of life threatening violence” and made the decision to close on Sunday to allow staff time to process the incident.

Police initially told CTV News Edmonton the 26-year-old who had an edged weapon was a patron of the business but later clarified that the accused was not a customer at Black Dog.