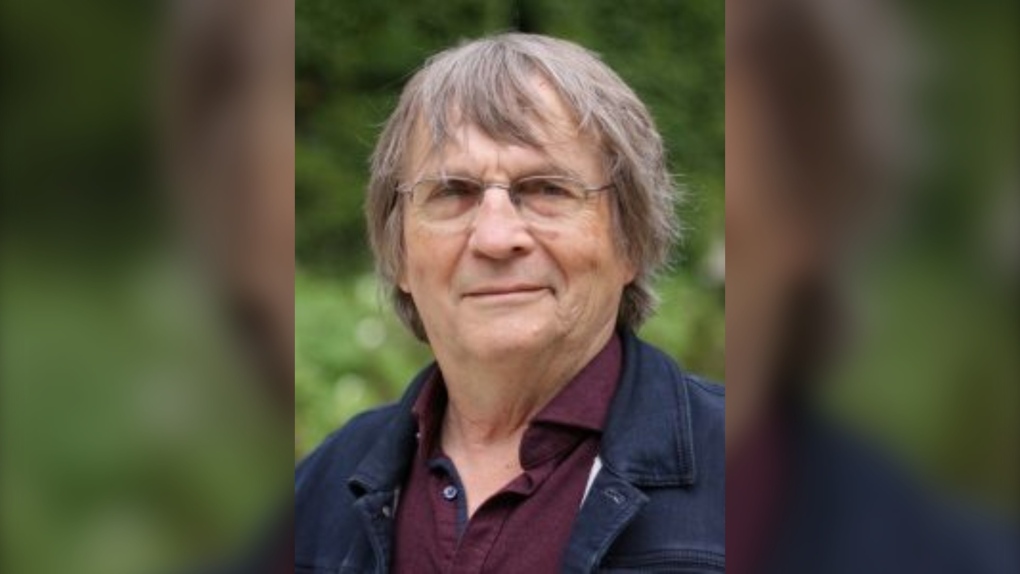 University of Alberta assistant lecturer Dougal MacDonald is shown in a photo obtained from the website of the Communist Party of Canada (Marxist-Leninist).

EDMONTON -- Students are calling on the University of Alberta to fire an assistant lecturer for denying the Holodomor, a mass genocide against Ukrainian people carried out by the Soviet Union in the 1930s.

The 1932-33 Ukrainian famine was recognized in 2008 by Canada and nine other countries as an act of genocide perpetuated by the Soviet regime under Joseph Stalin. It is estimated up to 10 million people died.

But Dougal MacDonald, listed as a sessional instructor in the U of A's Department of Elementary Education, denies that the famine was an act of genocide, and he's coming under fire for his controversial views.

He said the genocide was a lie perpetuated with fake photographs and news stories and spread by former Nazi collaborators.

"Trudeau's support for the anti-communist, pro-Nazi Holodomor myth is no accident," he wrote. "The Trudeau government's promotion of the Holdomor myth is more of its self-serving agenda to attempt to rewrite history, while falsely claiming to support freedom, democracy, human rights and the rule of law."

Ottawa also notes that survivors of the famine and genocide have since immigrated to Canada "and have made a positive contribution to Canadian society."

MacDonald's comments have stirred outrage among the Canadian-Ukrainian community, with the university's Ukrainian Student Society (USS) calling his post "hate speech" and saying it demonstrates that he's not fit to teach.

"Students have a lot of respect for their professors…and typically take what they say as truth because we assume that they know what they're talking about," said Ivanka Soletsky, a student and USS member.

"In this case, Mr. MacDonald is making claims against historical facts recognized by the government of Canada for over a decade."

She said someone with those views in a time of political instability should no longer be able to teach at the university.

Other organizations like the Ukrainian Canadian Congress are calling for MacDonald's "immediate censure and termination."

The Jewish Federation of Edmonton issued its own statement on Facebook, calling it "dangerous" revisionist history. "We stand in solidarity with our friends in the Ukrainian community in the face of this absurd denial of history," the organization said.

Premier Jason Kenney even commented on the matter saying he was "sad to see" it, and posted a video of himself giving a speech at a Holodomor memorial service in Calgary.

My speech at last week’s #Holodomor commemoration in Calgary.

I discussed how the Communists, and their ‘useful idiots’ in the West, covered up the famine-genocide.

Sad to see some in Canada still engaged in this genocide denial. pic.twitter.com/RrDVbasKk1

When reached by CTV News Edmonton, MacDonald did not back away from his comments and once again presented an argument against the Holodomor.

"Basically I (and some other researchers) take a position on the issue, based on research (which I have been doing for a number of years), and the USS takes a different position," he said in an email. "What they find offensive is the fact that I don't agree with them and they arrogantly claim that my disagreement means I am not allowed to speak."

MacDonald said he has a right to free speech, but ended his email saying he has "no interest in further discussing this. I do not debate with those kind of people."

The University of Alberta issued a statement on the controversy, saying MacDonald's views don't represent those of the university—but he has a right to share them.

"As a private citizen, Mr. MacDonald has the right to express his opinion, and others have the right to critique or debate that opinion," said Deputy Provost Wendy Rodgers. "It is our understanding that he has not expressed these views in the context of his employment relationship with the university."

She said the university is "carefully monitoring" but made it clear no action would be taken.

"There are supports available to any students or staff who have been negatively impacted by the expressed views," Rodgers wrote.

MacDonald has previously run for the Marxist-Lenninist Party in Edmonton-Strathcona in the last two federal elections.

An earlier version of this story incorrectly reported that the Jewish Federation of Edmonton was calling for MacDonald's termination. In fact, the organization issued a statement condemning his comments but did not call for his dismissal. We regret the error.