Camping out at Jollibee: Man living outside fast food joint 72 hours before opening

A 26-year-old man is camping out in front of the new Jollibee fast food restaurant in south Edmonton for 72 hours before it opens.

And even stranger, Jordan Haworth has no idea what he’s waiting for. The event organizer has never even tasted Jollibee before.

“I’ve never once, no,” Haworth said while sitting on a lawn chair near the drive-thru.

Haworth arrived at 9 a.m. Tuesday and insists he will stay until Edmonton’s first ever Jollibee opens Friday morning.

Ileto, of Filipino descent, has had Jollibee before and said "everything on the menu is awesome."

Edmonton’s Jollibee will be the fifth in Canada. The fast food chain operates 1,300 stores in the Philippines and plans to open 100 in Canada. 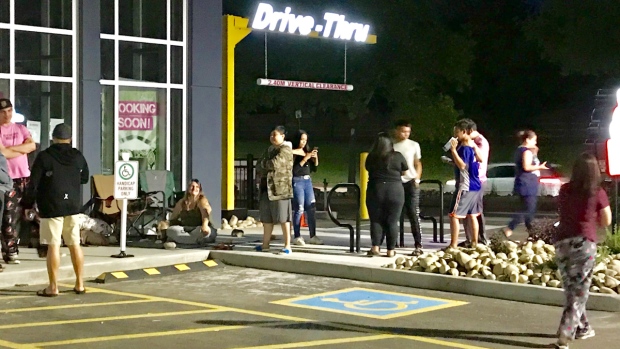 For Haworth, the campout is less about the food and more about a connection with his mother.

“My mother went to the Philippines to get a tattoo from the lady on the mountain, and when she came back, she would rave about it constantly. I’m still hearing about it," Haworth said.

Haworth said he’s never camped out for any new store or movie before, but he’s enjoying the experience. He’s been interviewed by blogs, offered free food by nearby restaurants and even taken pictures with dozens of Jollibee fans who have come to meet him.

“It’s been so surreal taking all these pictures with people's families. They were very excited to see me. I don’t know why. It doesn’t make a whole lot of sense to me.”