'Choice in Education' bill among legislation to be tabled in legislature 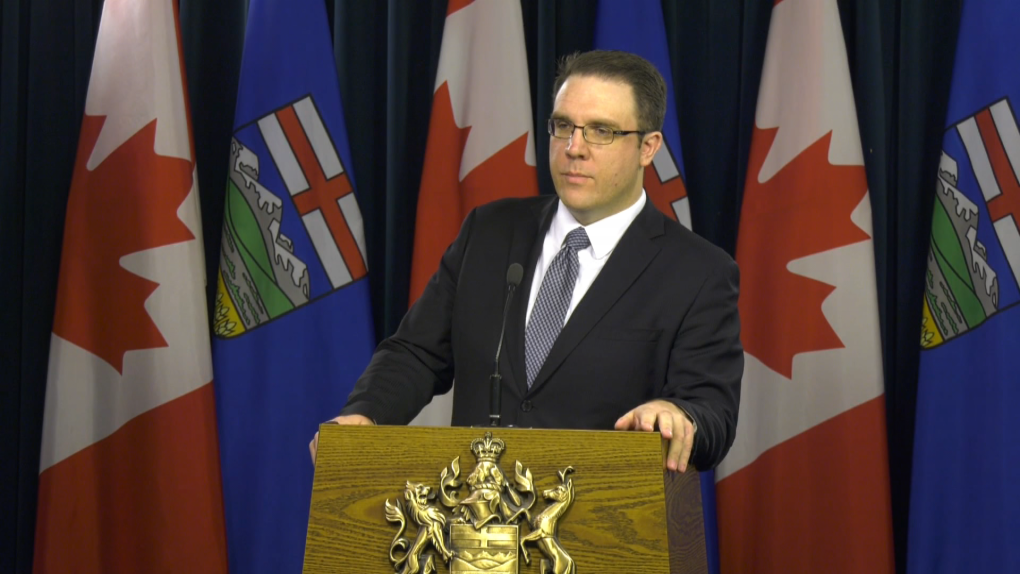 EDMONTON -- The UCP government will table legislation this week it says will affirm parents' say in the kind of education their children receive.

House Leader Jason Nixon revealed few details Tuesday about the bill he said he expects will be a "significant" proposal.

“This bill will demonstrate our government support for all educational programming, including public, separate, chartered, francophone and independent schools, as well as alternate programs and home schooling," he said, reading a statement.

"We campaigned hard on that and we will be fulfilling that promise this week when we table that legislation.”

He deferred to comment further, promising Education Minister Adriana LaGrange would officially announce the details later in the week.

The United Conservative Party promised to introduce Bill 15, the Choice in Education Act, in its campaign platform. In the party document, the proposal promises to strengthen recognition of Section 26.3 of the Universal Declaration of Human Rights that "parents have a prior right to choose the kind of education that shall be given to their children," and protect the status and funding of independent schools.

The campaigning UCP also promised Alberta parents it would lift the cap on the number and enrolment of charter schools and encourage expansion of alternate programs in the public system.

While the house leader of the Official Opposition hasn't seen the bill yet, she said it had the potential to do the exact opposite of increase choice.

Heather Sweet suggested the government should rather be focused on the impact the provincial school system has felt from the pandemic."

"What this government needs to do is reinstate our educational assistance, make sure we have enough teachers in our classrooms to meet the needs of students before they start looking at making changes to the public education system."

That is just one piece of legislation of three Nixon intends to table when the chamber reconvenes.

He'll also move Bill 7, an amendment to the Responsible Energy Development Act to enable the Alberta government to set timelines for the Alberta Energy Regulator to review applications.

He said during a review of the AER, the government heard "the approval for applications was unnecessarily long and discouraging investment in this province."

Bill 16 is meant to expand the scope of the Victims of Crime Act and ease the transition of recipients from the fund program to a services-based program.

The government house leader said he has already put in a motion for the chamber to sit in evenings in order to pass all of the legislation the UCP promised.

"I will be passing our full spring agenda, whether it takes all of June and July or if it takes all the way into September. I don’t expect the house will rise again until we pass all our legislation.”

However, it is bills that started the process earlier this year that the Alberta NDP will be focused on, too.

Sweet called Bill 10, which enabled cabinet ministers to make new legislation through ministerial order instead of the legislative process, a "blatant power grab at the height of the pandemic."

She said the Opposition will be participating in a committee reviewing it and will fight against it.

"If that means we need to stand up for Albertans into the evenings, we will do that."