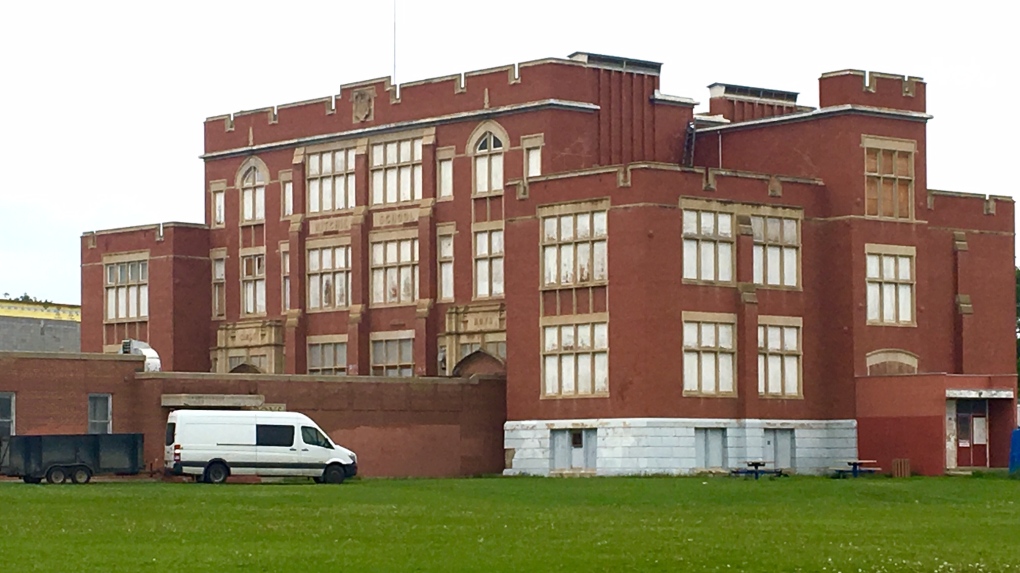 Years of deferred maintenance on the Edwardian building forced the board to plan for replacement, as repairs would be too costly. June 21, 2019. (CTV News Edmonton)

A barbecue will bring families in the south side Ritchie neighbourhood together to reminisce this Saturday as they look to the eventual demolition of a school with deep connections for many.

Resident Louise Perkins lives across the street from the school in a 1920-era house her grandfather built. Her family has lived in the area since 1913, when her father attended the first classes held in the school.

Perkins herself also attended from 1952-61. In its heyday, the school was “full to the rafters” with students, says Perkins.

Louise Perkins' family home, across from Ritchie School is seen in the 1920s (left) and today (right).

In the 1980s and ‘90s the population waned, with Edmonton Public School Board leaving the site in 2008. Leasing it to a francophone school board, it has housed Ecole Joseph-Moreau since that time.

Years of deferred maintenance on the Edwardian building forced the board to plan for replacement, as repairs would be too costly. A brand new francophone school on site is scheduled for completion late this year.

Perkins, a self-described historian, laments the loss of the venerable structure.

“I love history and I love old buildings, and I’m really sad to see it go, but I know why it has to go, so there’s a conflict there,” she said. Her deep family roots balance with a pragmatic outlook for the neighbourhood, and she says the Saturday event will be a time for celebration and tears.

“Probably both! Yes, it was a great school for its time. But I think it is time to move on,” she says. “Let me tell you, if I was a kid coming to this new school, with its high tech and everything else that’s there...I hope this is the start of another hundred years for the district.” 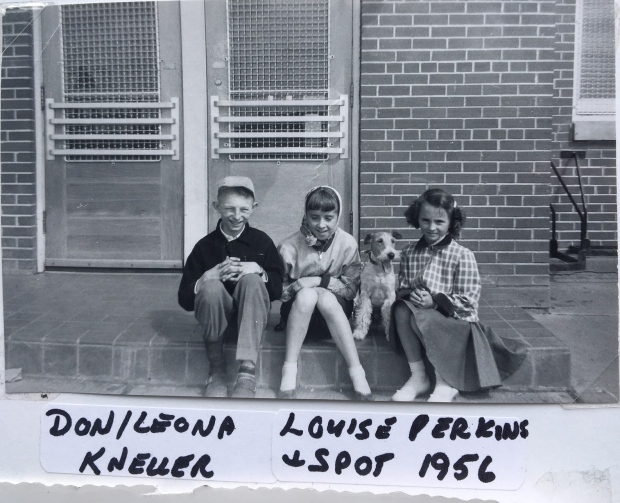 Community League President Cecilia Oteiza Ayers agrees that it’s difficult to let go of a building that has meant so much to generations of Ritchie citizens.

“We are a history-minded community. It will be hard to see the old structure go, but onward and forward into the future.”

She says that appreciation for history lead to many passionate pleas for preservation of the old school.

“It’s been a challenging construction, and a controversial one sometimes. There’s a lot of emotion from the neighbours that are close by.”

Oteiza Ayers hopes the celebration on Saturday brings out generations of former staff and students to share photos, mementos and even clues to a Ritchie school mystery.

“If you have information where the time capsules are buried, please come and share that with us,” she says. A rumour exists at the school that there may be more than one hidden vessel, but no documentation exists to back it up, and any hints to their location would be most welcome.

Perkins has no plans to leave her nearly 100-year-old home and the neighbourhood she grew up in. She even intends to share in the new history being built outside her windows, taking the opportunity to keep learning as she ages.

“I can sit in my rocking chair there when I’m 95 and I can just see what’s happening. Maybe I’ll even learn my French!”

At the barbecue, which runs from 11 a.m. until 1 p.m. Saturday, citizens can also put in a request for a souvenir brick when the school is eventually demolished. No date for that work has been set, but the neighbourhood also hopes to preserve some of the school’s distinctive architectural elements for reuse in an anticipated new community hall. 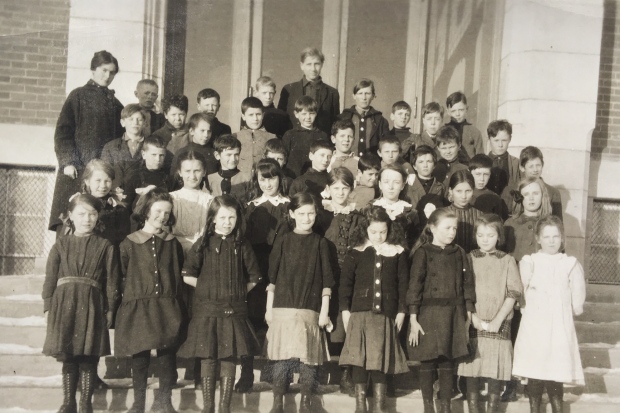