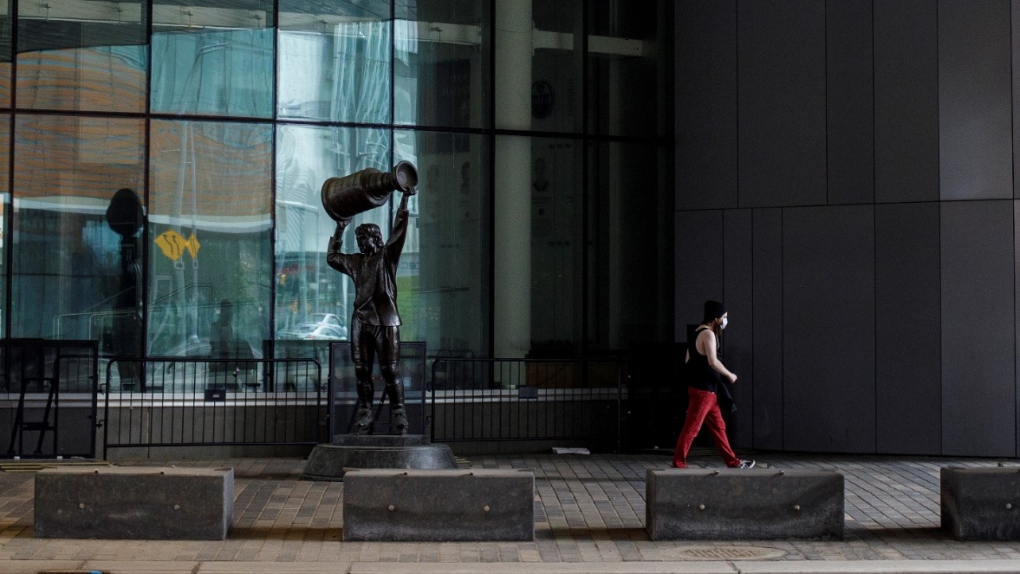 A pedestrian walks past the Wayne Gretzky statue at the home of the Edmonton Oilers, Rogers Place arena in Edmonton, Alta., on Thursday July 2, 2020. THE CANADIAN PRESS/Jason Franson

Click the legend on each graph to filter for specific subzones.