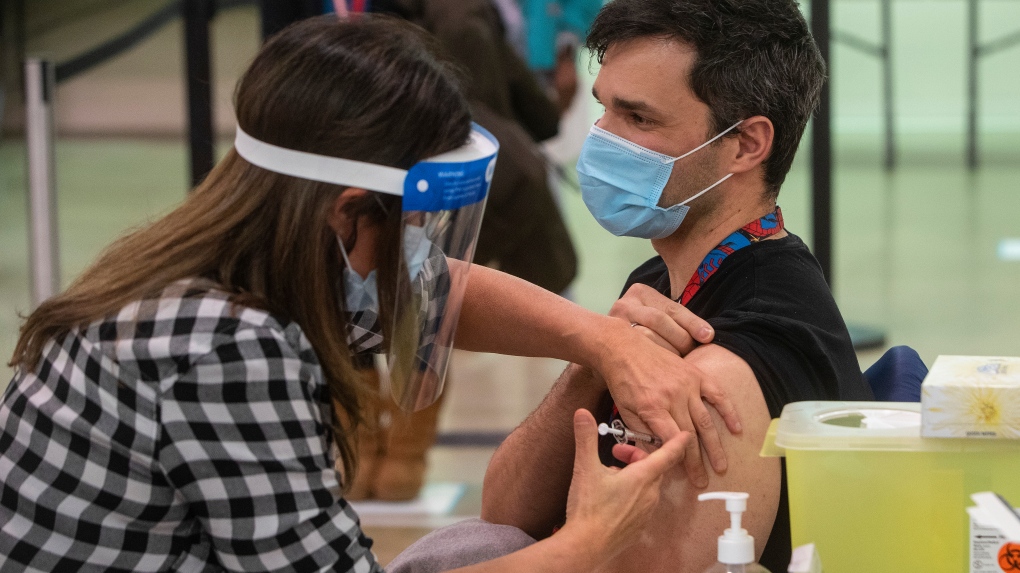 A nurse gives a COVID-19 vaccine in Edmonton, to Castro Arian in Edmonton on Tuesday, December 15, 2020. THE CANADIAN PRESS/Jason Franson

Variants of the novel coronavirus have emerged as COVID-19 continues to spread with evidence from abroad showing they are more transmissible and can impact developed antibodies.