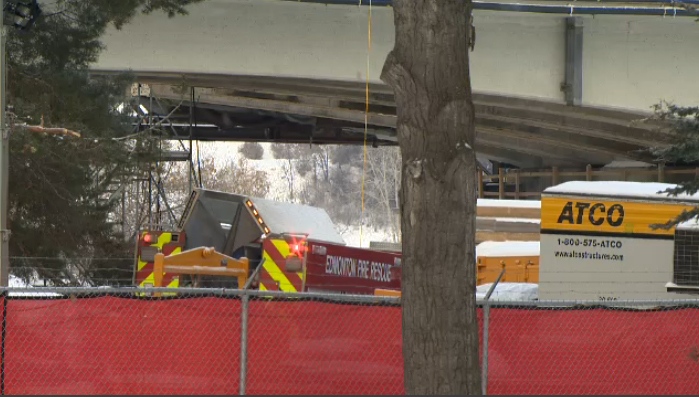 Fire crews were called to the Groat Road Bridge after a fire broke out during construction.

Crews working on the construction underneath the Groat Road Bridge were temporarily evacuated on Thursday morning after a fire broke out near a 1,000 gallon propane tank under the bridge.

When firefighters arrived around 10:36 a.m., they found smoke and a hose coming from the tank. They began the process of cooling it down and shut down the propane supply.

Groat Road Bridge was shut down for a short period of time, but has since reopened.

The cause of the fire and the extent of the damages is still under investigation.