As the war in Ukraine continues to take a toll on human life, Albertans are continuing their efforts to help people in need. One local group has millions of dollars in donations ready to head to the front lines, but they need cash to get the supplies off the ground.

Firefighter Aid Ukraine has been helping to outfit emergency workers in Ukraine with life-saving gear for the last eight years. When the war broke out, they broadened their focus to collection donations of all kinds. 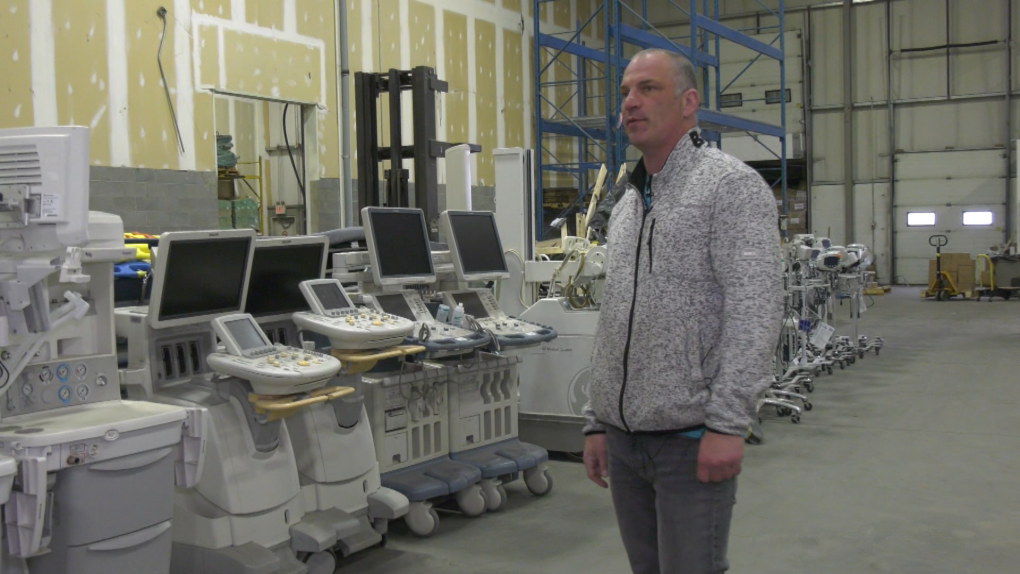 Kevin Royle of Firefighter Aid Ukraine shows some of the medical equipment that will be sent to Ukraine.

“Medical equipment is a huge need, the penicillin, the pharmaceuticals, the painkillers, all that stuff’s needed,” said project director Kevin Royle.

The group has collected a warehouse full of essential supplies for first responders and refugees alike, but they need monetary donations to pay for a plane to transport it.

“We’ve already got our fuel donated by one of the local energy providers, which is pretty awesome, and we’re just putting together the last fundraising component for that aircraft itself, so we’re hoping to find some individuals or groups or organizations willing to help us do that,” said Royle. 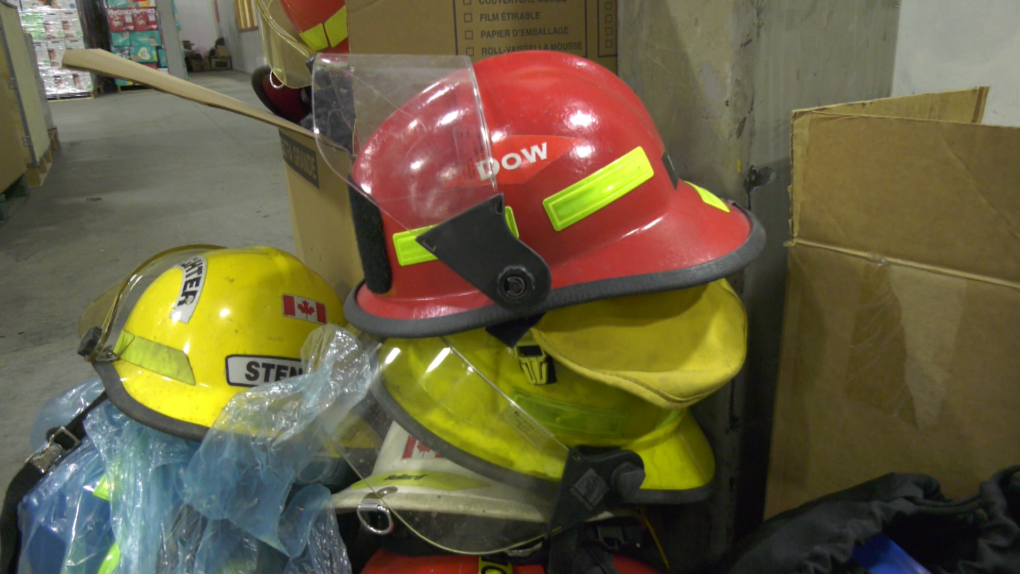 Donations of gear for firefighters in Ukraine.

The supplies being donated range from diapers and cots for refugees, to firefighter turnouts and hydraulic equipment for clearing rubble, to hospital beds, and x-ray and dialysis machines. Some of the donations came from community groups, some from municipalities retiring old gear, and Royle says some of the equipment is brand new and was donated by various companies.

Once the equipment gets to Ukraine, the group will be able to use the connections they’ve built over the last eight years to get the supplies where they’re needed. 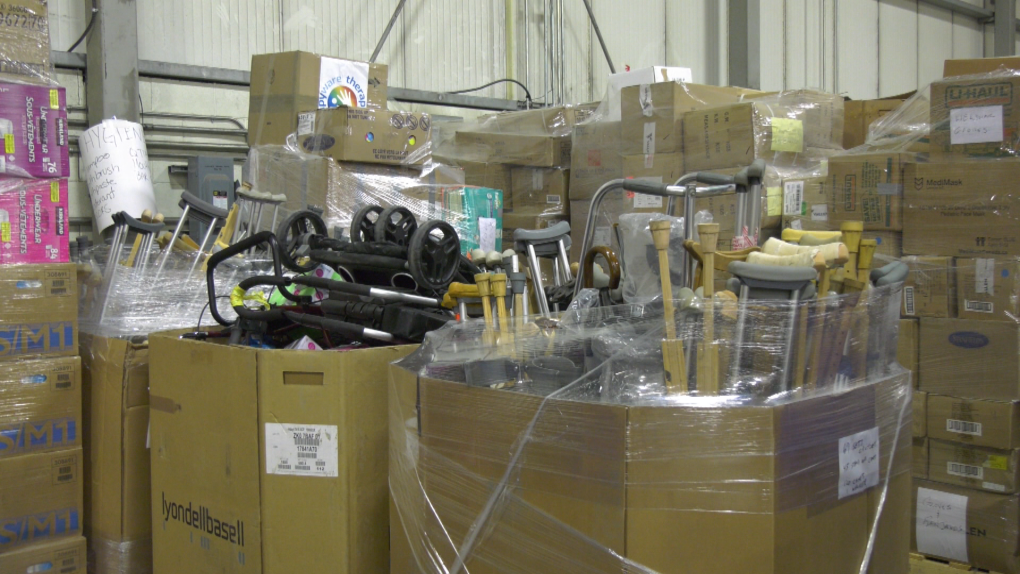 “You look around at the beds and all the equipment that you know is going to be used in war time, it’s very, very touching,” said Lorne Corbett, a former firefighter who now volunteers for Firefighter Aid Ukraine.

“It’s desperately needed, and it’s sad the fact that we see the stretchers and the medical equipment is being used for something it should have never been used for that reason.”

The group hopes to have the plane off the ground by the first week of June. If you want to donate to help pay for the flight, go online to the Firefighter Aid Ukraine website.