EDMONTON -- The Alberta government could have saved around $150,000 in taxpayer money by selecting a different local manufacturer to provide masks for schools, according to documents obtained by CTV News Edmonton.

Internal emails portray a frantic few days for government bureaucrats trying to lock in contracts for more than 1.5 million masks in less than a month.

In the end, the province spent more and also selected a vendor, IFR Workwear, whose CEO happens to live in the same riding as Education Minister Adriana LaGrange and who also made a $2,000 donation to LaGrange's election campaign in 2016.

LaGrange told the province’s ethics commissioner that was, essentially, a coincidence.

The decision dates back to the summer, when the province announced on Aug. 4 it would be providing 1.7 million reusable masks to Grade 4-12 students and teachers as part of its return-to-class plan. 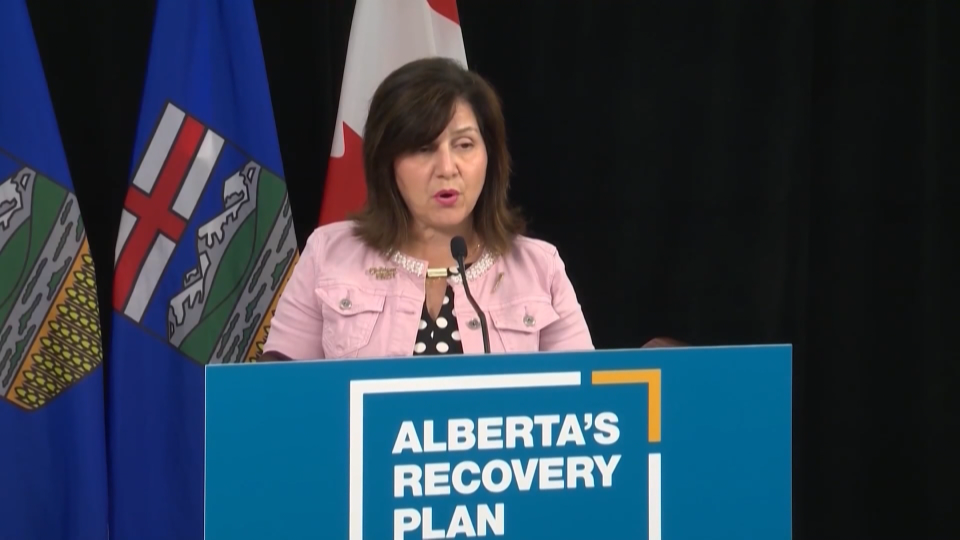 In sourcing out that quantity of masks, the government ended up signing two contracts: one with Old Navy and another with Red Deer-based IFR Workwear.

A purchase agreement shows the government paid $3.56 million to buy 1,550,000 masks from Old Navy, or $2.30 per mask. An internal government email also lists those amounts.

The same email also lists the cost of IFR Workwear’s masks (also called Empire PPE), showing the government paid $636,000 for the remaining 150,000 masks to fill the education program quota, or $4.24 per mask.

According to at least one other vendor who was under consideration for a contract, the government could have chosen a different local supplier for less money.

On July 29, according to an internal government email obtained by The Breakdown through the Freedom of Information and Privacy Act (FOIP), the government had established a shortlist of four vendors -- three of which were local -- able to provide reusable masks for schools: Bob Dale Masks, Old Navy/ GAP, Ennis Fabrics and Unbelts.

Additional internal emails show correspondence between Ian Friesen, a logistics officer at the Provincial Operations Centre (POC), and these vendors asking for quotes. The emails also show Friesen contacted several other vendors who were not on the initial shortlist, such as Costco. Other POC employees also reached out to vendors, the emails show.

On Aug. 4, Unbelts informed Friesen that it could supply 300,000 masks by Aug. 24 in three different sizes, suited to the government preference to have “earloops” instead of a behind-the-head strap.

On the morning of Aug. 4, the same day Alberta announced the mask program, Friesen was still corresponding with Unbelts about re-usable mask options, saying at one point, “It’s been pretty crazy here trying to sort this out.”

Later that afternoon, Friesen informed Unbelts (and Bob Dale) that a “decision was made by Education to go with a different mask manufacturer.”

On Aug. 5, Ennis Fabrics was informed of the same decision, according to an email sent by Friesen.

“We wanted this contract, not just because it would be a huge economic boost to Unbelts, but because we were confident in our product,” said Unbelts founder Claire Theaker-Brown. 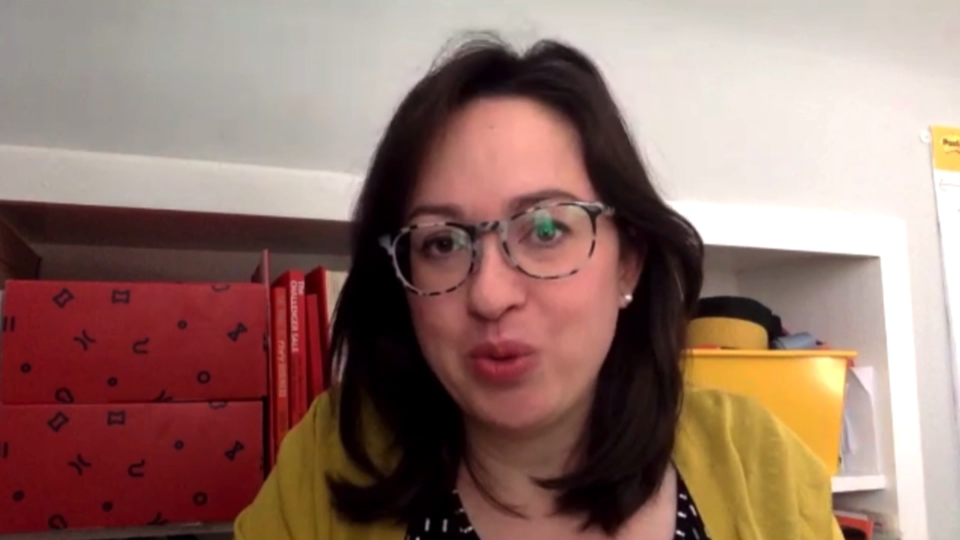 She told CTV News Edmonton while her quote for the government was for one million masks, Unbelts could have supplied 150,000 masks for less than $500,000.

HOW DID IFR WORKWEAR GET THE CONTRACT?

The suggestion of looking into buying masks from IFR Workwear seems to begin with a July 29 email from Linda Antunes, a non-political staffer, who asks a colleague in the Provincial Operations Centre if she has any information on IFR.

A week later, IFR had secured the contract. 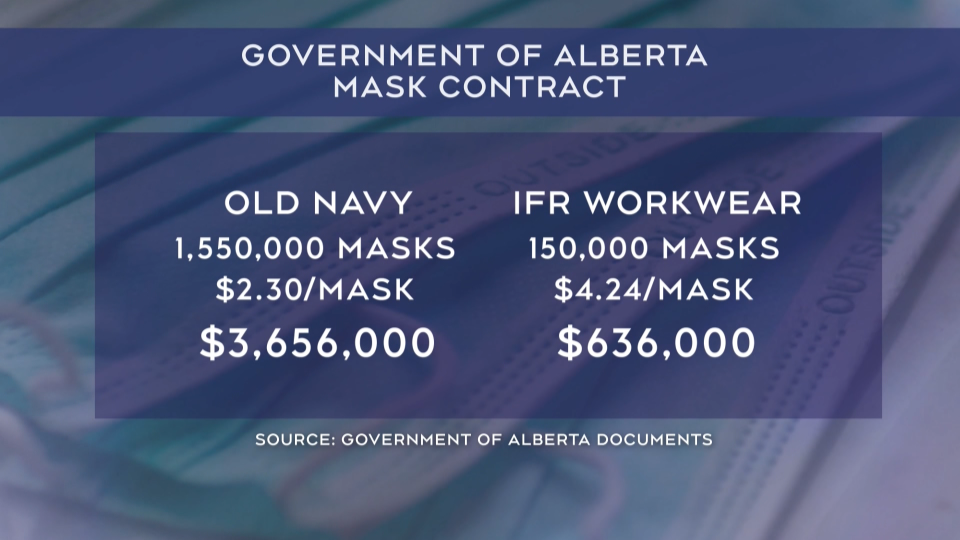 The province has said the decision was made solely by the POC,  under the provision of the Ministry of Municipal Affairs (headed by now-Justice Minister Kaycee Madu at the time).

“While we can't comment on why any one company did not qualify, existing production capacity to meet tight timelines was often the largest factor,” said McKenzie Kibler, press secretary for the Minister of Municipal Affairs Ric McIver in a statement to CTV News Edmonton.

“IFR was an established company that had existing, established production capacity, and we were pleased that they met timeline requirements,” read the statement.

Theaker-Brown told CTV News Edmonton that Unbelts always had the capacity to meet the governments timelines.

CTV News contacted IFR Workwear for comment and did not receive a response.

IFR Workwear is based in Red Deer, which is also LaGrange’s riding. The company’s CEO, Reg Radford, donated $2,000 to LaGrange’s election campaign in 2016. 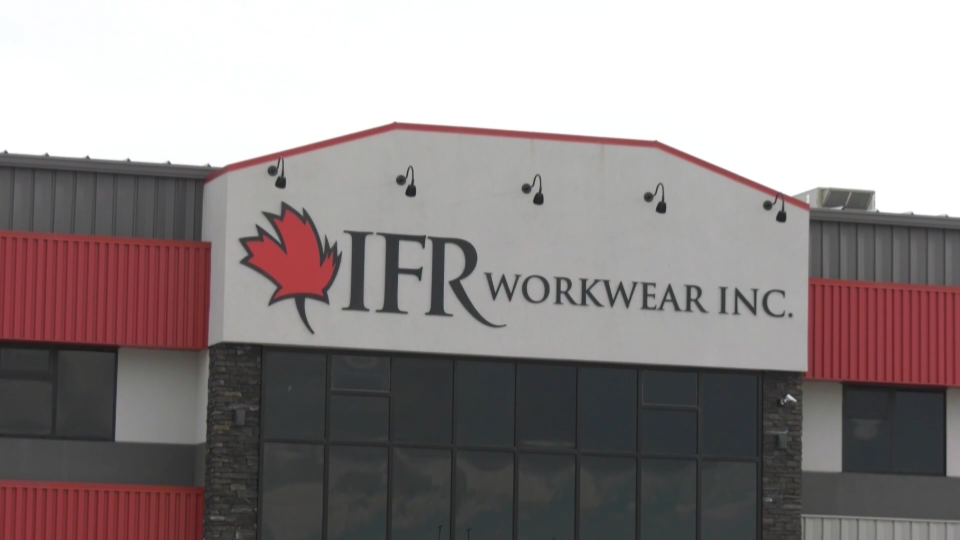 The education minister was at least aware of the optics, writing a letter to the Ethics Commissioner on Aug. 10 alerting her of those exact details .

“I would like to assure you neither myself nor my political staff had any role in the selection of vendors for these masks,” wrote LaGrange.

In a statement to CTV News, LaGrange’s press secretary said: “Minister LaGrange only learned of the winning vendors the day details were released to media."