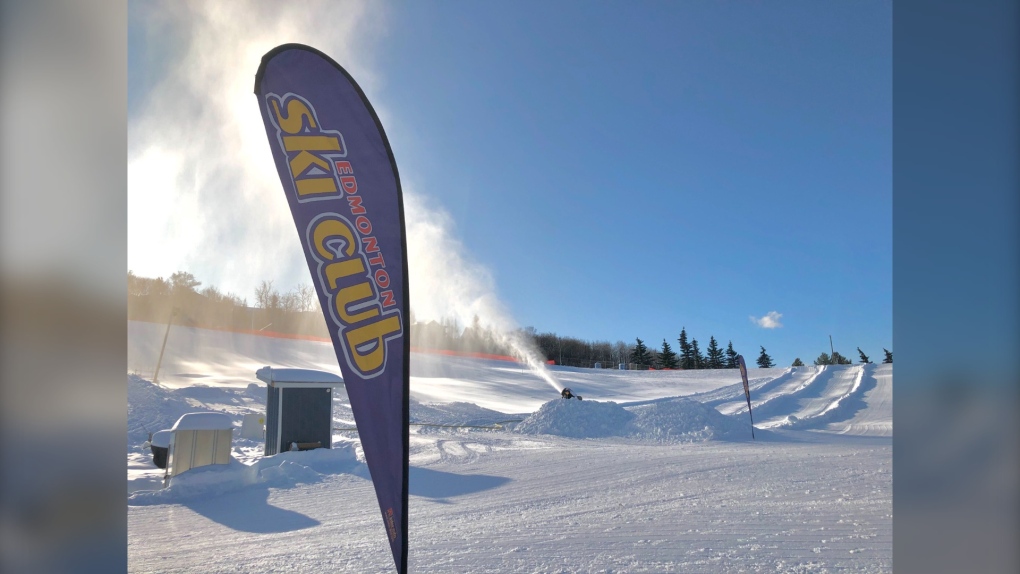 The crisp temperatures allowed churning snow-making machines to supplement an already generous volume of natural fluffy precipitation that has covered the city in recent days.

The hill’s general manager says conditions have allowed them to get the jump on this year’s fun.

“I believe its the earliest date ever for the Edmonton Ski Club,” Adam Luciuk told CTV News Edmonton. “It’s about three to four weeks earlier than we normally open up.”

Unsteady neophytes and sure footed enthusiasts were seen queuing for a ride up the hill, when the facility officially opened at noon.

Operating since 1911, the club has a long tradition of providing winter fun in the central Edmonton neighbourhood of Cloverdale.

Long-term plans to expand recreational offerings on-site have been in the works for over a year, but demand for safe outdoor activities in a city weary of COVID now has the club working with the city to accelerate goals.

“What’s different this year, we do have a tube park, that’s open on Friday,” said Luciuk. “So that’s available online for booking in advance only,” he said. “Also, we are encouraging people to use more of our outdoor space.”

“We have an outdoor ticketing window that will be available next weekend as well as a warming facility and an outdoor patio with heaters on it that’s available right now.”

The early start to the ski season, uniquely on Remembrance Day, gave the Edmonton Ski Club an opportunity to say thank you to those who have served and sacrificed.

“We wanted to offer an outdoor recreation opportunity that so many veterans have fought for, so that we can enjoy the outdoors”, Luciuk asserted. “Being open on Remembrance Day, we are donating 100% of our ticket sales today to the veteran’s poppy fund.”

As the Edmonton Ski Club looks to the future, they want to soon begin work on their area redevelopment plan to become a year ‘round facility for the Cloverdale neighbourhood and the city as a whole.

The Ski Club encourages anyone interested in participating in the redevelopment process to reach out to the club and join the discussion.