Eating disorder cases have spiked during the pandemic. Experts are researching why 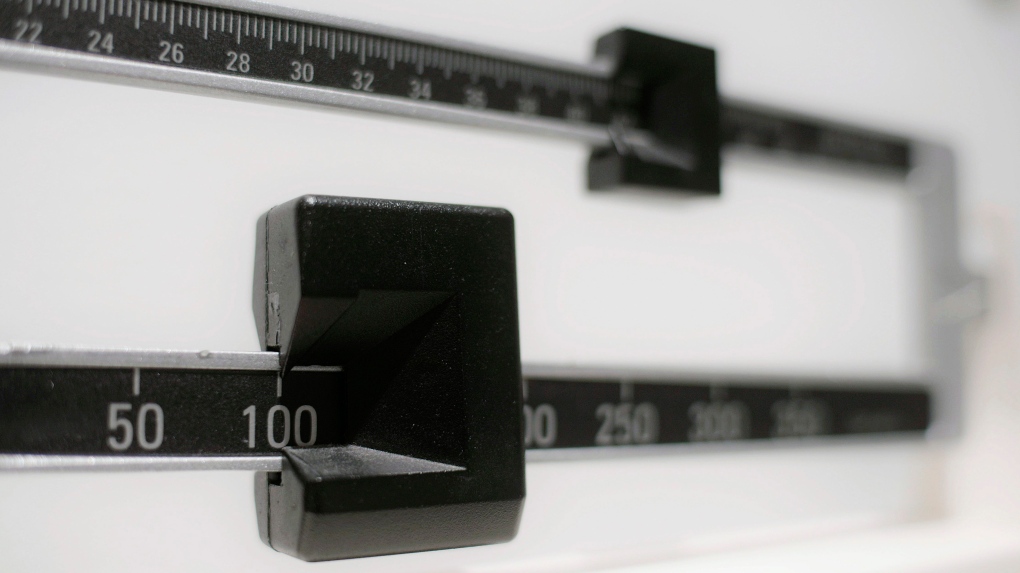 EDMONTON -- There’s been an alarming spike in the number of admissions to eating disorder programs (EDs) across the country, experts say.

While admissions are a cause for concern, what they’re really perplexed by is the increase in new cases overall.

“People who never had an eating disorder before have developed a new illness,” Gina Dimitropoulos, associate professor for the faculty of social work at the University of Calgary, said.

“This has caused a lot of concern across pediatric eating disorder programs. Like what is happening, why are we seeing this rise?”

Dimitropoulos told CTV News Edmonton the Calgary Eating Disorder Program and the Hospital for Sick Children are collaborating to look at administrative health data. The goal is to get a better picture of what’s causing the early onset of EDs.

Over the next few months, qualitative research will be done through interviews with families and adolescents with EDs. Researchers have conducted 20 interviews so far that will be presented later, and data will follow soon after, Dimitropoulos said.

There will be an analysis of a few key areas, such as if EDs are presenting more in young people, older adolescents or adults. Research will also be gathered on the number of admissions to emergency departments for EDs and if there’s an influx in anorexia nervosa versus bulimia.

Dimitropoulos said collecting this information will help health professionals understand what’s happening during the pandemic that has contributed to this rise in EDs.

“Is there something about a natural disaster or stress like this that potentially triggers eating disorders in people who are already vulnerable or have a genetic predisposition?

“We think that because we’re seeing such an increase in new onset that there must be something about the pandemic or the health measures that’s making it worse for people to be in their bodies and to have a normal relationship with food,” Dimitropoulos added.

PROGRAMS OVERWHELMED WITH NEW CASES OF EDS IN AUSTRALIA

Data presented in Australia is what triggered the Canadian team to look into a similar phenomena.

The Children’s inpatient Unit of Gold Coast University Hospital released a table comparing the number of EDs in 2019 to 2020.

According to the research, they found troubling numbers that showed a doubling of cases of children requiring acute in-patient care for EDs.

Dimitropoulos told CTV News they’ve heard from young people that there is a lot of anxiety about being seen on Zoom. There seems to be a correlation between the emphasis that’s being placed on appearance when virtually participating in school, work or social gatherings.

“You’re just being bombarded with images of what people look like. There’s this emphasis on beauty and these unrealistic images of a feminine and masculine beauty, and people feel like all they can do is compare themselves to what’s on media and that’s created more distortions or dissatisfaction with physical appearance.”

People were involved in a lot of social activities pre-pandemic and when that all went away, Dimitropoulos said it felt like people had less opportunities to engage in healthy and adaptive coping mechanisms.

“They’re feeling like there are no outlets, no ways of managing stress and anxiety and that has led to them becoming more obsessed with food and weight as well,” she said.

There’s a lot of uncertainty and anxiety about the future that people feel like they can at least have control over what they eat, according to Dimitropoulos.

“You need to spend more time at home, but with food. Those combinations can be really lethal for someone with an eating disorder.”

DISORDERED EATING IS A CONTINUUM

Dimitropoulos said she’s most concerned for when society begins to transition back to a normal routine. Especially when individuals have altered their appearance online and they no longer look like that inperson.

“I’m anticipating more challenges as people transition back to normal life and being able to just be OK with who they are and what they look like.”

Undereating and dieting is one of the biggest risk factors of developing eating disorders and can develop into something more serious like anorexia or bulimia, according to Dimitropoulos.

“We need to move away from making any comments about physical appearance or what people eat,” she said.

If you’re concerned about a friend or loved one, Dimitropoulos recommends being really honest with the individual. “It’s OK to be like, 'I’ve noticed some changes. I love you. I care about you. Are you OK?'” she said.

“It can be really off-putting to ask if they’re purging or weight has changed. It can come across as accusatory,” she added.

“One of the biggest risk factors is social isolation,” Dimitropoulos said.

“Being alone means that you’re alone with your thoughts and that can be really negative. There’s less distractions.”

There is a lot of fear associated with EDs, Dimitropoulos told CTV News. When someone with an ED is isolated for a long period of time there’s concern about what people will think when they see them for the first time.

“No matter what you say someone with an eating disorder will distort or twist things around,” she said. “When you have an illness, a comment can be interpreted in so many different ways.”

Dimitropoulos recommends starting to plan for coming out of isolation now. Decide who in your life would really show up for you whether it be fore a walk or a coffee and begin the exposure work so it’s not a complete shock to the system.

“Healthy coping mechanisms people can start implementing now include having a routine like how to have regular meal plans or asking a friend or loved one that will have meals with them during a Zoom session so that they’re not skipping meals. I think having someone there who can keep you accountable and help support you would be really important,” she said.

EDs are not viewed as a serious mental illness, according to Dimitropoulos, and that is cause for concern.

“I think that comes down to the stigma that’s associated with anorexia and bulimia. We often think that people choose to have this kind of illness that it’s volitional, that they can stop when they want.”

That’s just not the case, Dimitropoulos said: “I would argue that having anorexia or bulimia are no different than having depression and anxiety. This is not a choice for many people and when the pandemic is over it doesn’t mean people are necessarily going to go back to eating the way they were before the pandemic started.”

“I wouldn’t wait for the pandemic to be over. I would encourage people now,” Dimitropoulos said.

“It is a courageous step to be able to reach out and use some of the free and valuable supports that are available that they can connect with other people.”