Yes, it's cold. No, it's not record-setting cold. 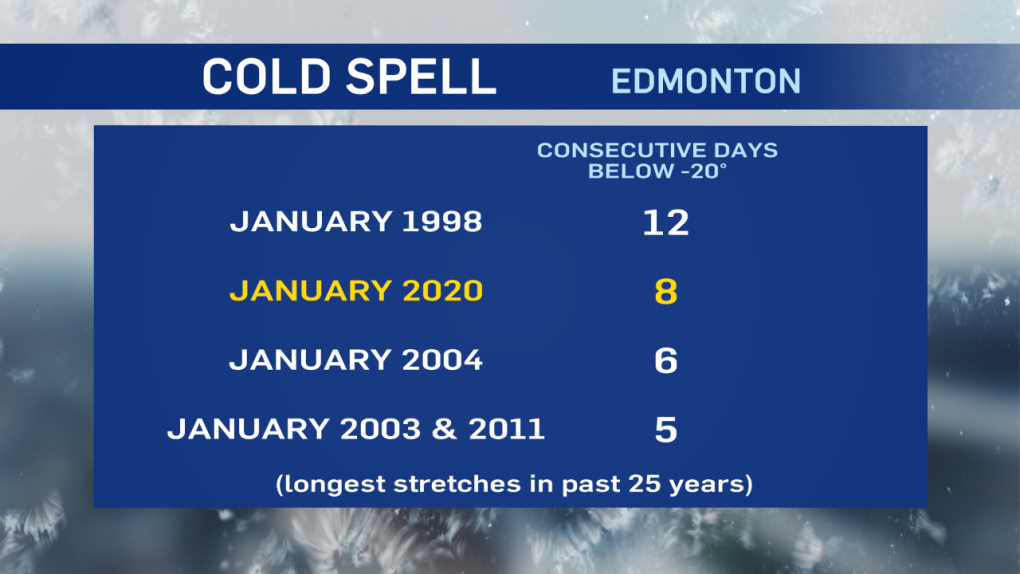 That would make this the longest stretch of consecutive days with highs below -20 C since 1998. 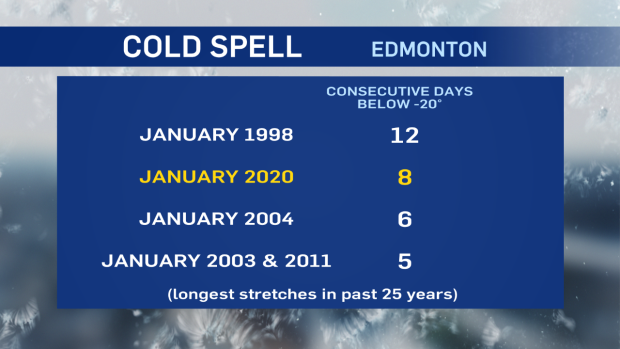 Even last February’s cold spell didn’t have THIS many days THIS cold in a row.

Although, we DID have 11 straight days below -15 C and Edmonton will likely equal that mark in this current cold stretch. 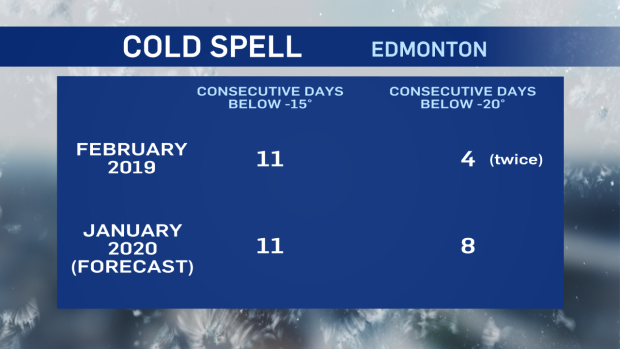 So, it’s rare to be this cold for this long. In fact, we’ll likely get five straight days where temperatures slip below -30 C.

In 1997, we had four consecutive -30 C days. But, no year in the past quarter-century has had five consecutive mornings in the -30s. 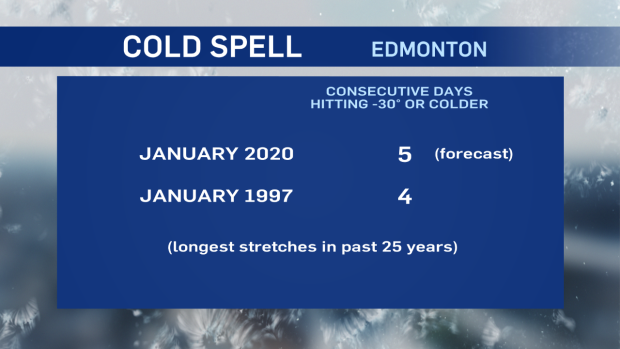 But, we’re not in line to break any records in the city.

All the record lows for the rest of this week are in the -40s and forecast lows are in the -30s. 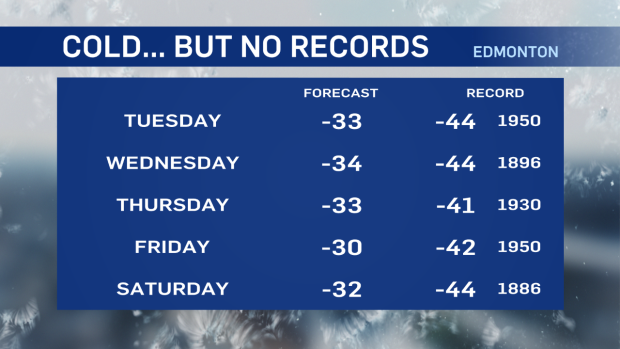 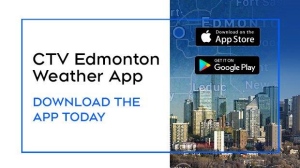