Geoff Summers, 31, is in hospital after being shot while working at a downtown nightclub.

Police responded to a shooting at the Alibi nightclub around 1:40 a.m. on Sunday, Dec. 2.

They said the victim was rushed to hospital in serious condition but could not provide any details about what happened. 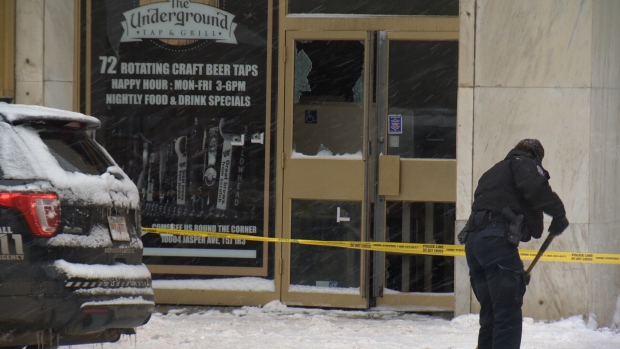 According to his mother, Jodi-Anne Anderson, he is now in stable condition but will require another surgery.

He said the bouncers had to kick out a group that got too aggressive, but that someone came back to the door with a gun.

“I was running down the stairs. And at that point, it was clear I was getting shot at,” he recalled.

A fundraiser is being planned to help Summers financially as he recovers. It will be held at On the Rocks Pub on Dec. 16.

Edmonton Police Service told CTV News the investigation was ongoing, and that it was reviewing surveillance footage, forensic evidence and witness accounts.

EPS did not have any suspects in custody as of Wednesday afternoon.