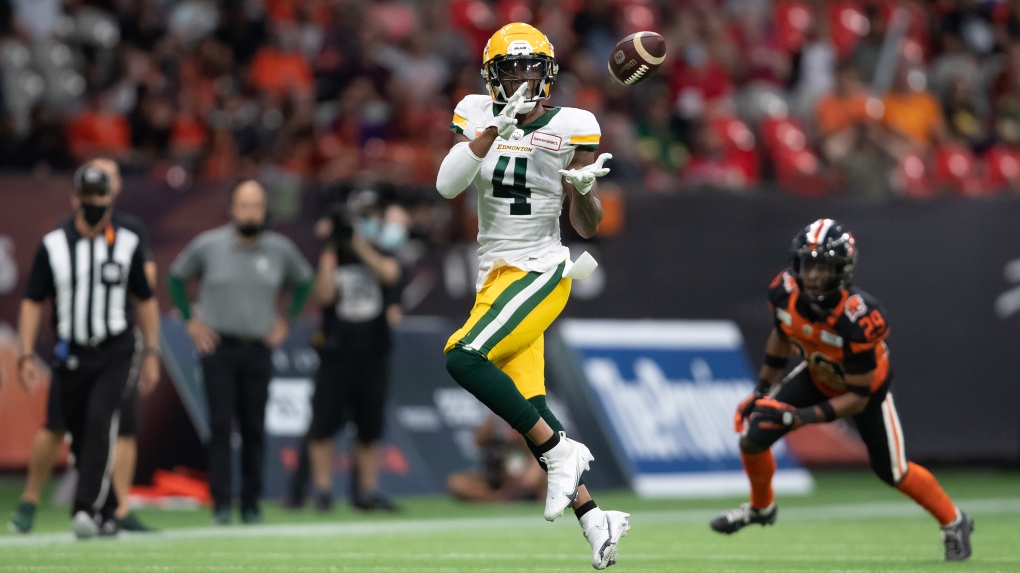 Edmonton Elks' Tevaun Smith makes a reception for a first down against the B.C. Lions during the first half of a CFL football game in Vancouver, on Thursday August 19, 2021. THE CANADIAN PRESS/Darryl Dyck

The 28-year-old Toronto native spent the last two seasons with Edmonton after time in the NFL with Indianapolis, Oakland, and Jacksonville (2016-18).

The six-foot-two, 197-pound Smith had 27 catches for 324 yards in 13 games (10 starts) last season and signed a one-year extension with Edmonton in January.

This report by The Canadian Press was first published May 17, 2022.

Three months since their arrival through a special evacuation program, Ukrainian families with children receiving care in hospital share their experience.

Two people are injured and a third is in custody after what RCMP describe as a 'public shooting' at a rodeo in Northern B.C. Sunday.

Amid buzz around the medical benefits of magic mushrooms, a new production facility gets to work in B.C.

In southern B.C, there's a new 20,000-square-foot production facility where one particular product is generating a lot of buzz: magic mushrooms, which a handful of businesses have been federally approved to produce.

Ohio man shot was unarmed when shot by officers: police

A Black man shot and killed by Akron, Ohio police officers in a hail of bullets following a vehicle and foot pursuit was unarmed at the time of the shooting.