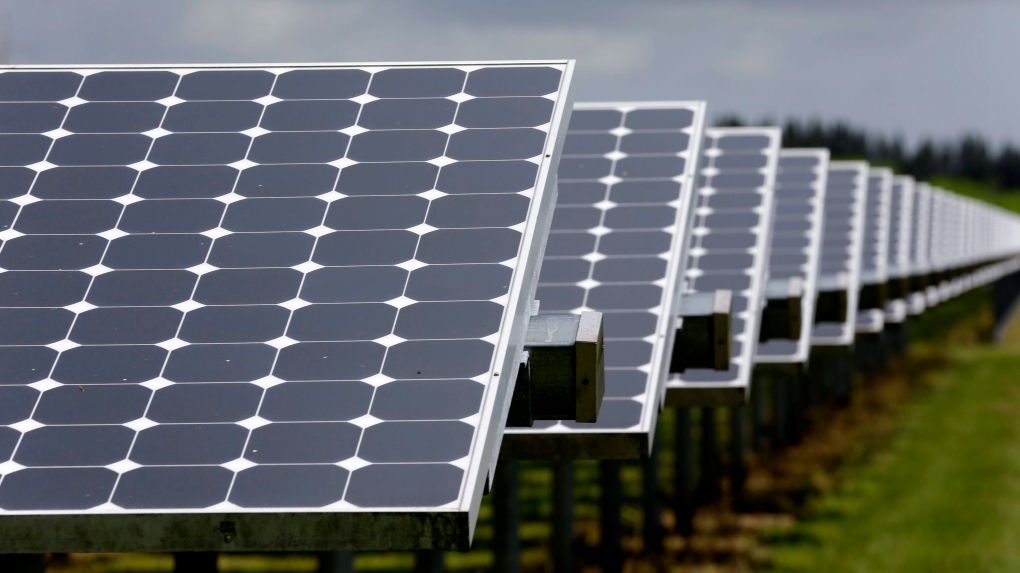 EDMONTON -- The Edmonton International Airport is developing what they say is the largest solar farm at an airport in the world.

"We're Canada's largest airport by land size so we have the space to do something very special – the largest solar farm at an airport in the world," said EIA president and CEO Tom Ruth. "This will create jobs, provide sustainable solar power for our region and shows our dedication to sustainability."

Alpin Sun, a European-based company, will begin construction in 2022. The company will hire 120 workers for a year, and up to 250 workers during the peak of construction.

Power generated by Airport City Solar, an estimated of 200,000 MWh per year, or enough power for 28,000 homes, will be fed into FortisAlberta and airport distribution systems, EIA said.

Airport City Solar is expected to bring in an estimated $169 million in foreign investment, the airport said.

"The project, when combined with other recent exciting investments in renewables, shows that Alberta is the most attractive place in Canada to invest, not just in renewable energy, but across all sectors of economy," said Tanya Fir, Alberta's minister of economic development, trade and tourism.

Construction is expected to finish by the end of 2022.