Edmonton man crowned 'Bartender of the Year' at national competition

EDMONTON -- An Edmonton man has been named bartender of the year following a national competition testing the skills of bartenders across the country.

The 36-year-old beat out 10 other competitors in Toronto to take the top prize.

"It's pretty nice to be able to see you can work in a smaller city with three or four cocktail bars and stand shoulder to shoulder with cities like Vancouver or Toronto," Grant told CTV News Edmonton.

Grant has been bartending for about eight years and has entered the World Class Canada competition several times.

"It's essentially the Olympics of bartending competitions," he said. "I entered my first year and did not do tremendously but kept coming back and I guess it paid off."

'IT REALLY DOES TEST YOU'

The competition included a number of challenges but Grant said he was most wary about tackling the speed round.

"I was at national finals in 2018 and didn't end up winning," he said. "I felt like where I really stumbled was the speed round and I told myself I was not going to lose again in a speed round."

"In some ways it's nothing you haven't done on a Friday night as a bartender," he said. "But when you're in the cockpit there and the lights are on, it's pretty nerve wracking." 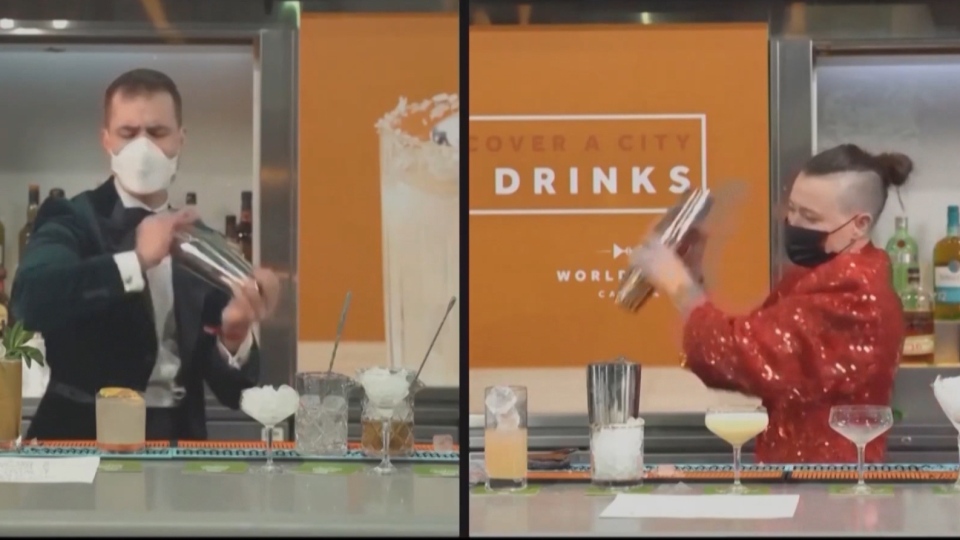 Grant ended up with a faster time than all his competitors.

Still what he believes makes a top-notch bartender is dedication to good service.

"It's about knowing drinks and having techniques and being creative but none of that matters if you're not doing the job because you love taking care of the person sitting at the bar," he said.

Both the winner and runner-up of the competition receive an "educational trip" to Edinburgh, Scotland to take part in a whiskey experience.

Grant will also head to Madrid, Spain where he will take part in the international version of the World Class Canada Finals.

"I am going to compete alongside 50 plus of the best bartenders in the world," he said. "That is a wealth of experience you cannot get in any other way."

The World Class Global Finals are set to take place in July.

Meantime, Grant said he will do as much bartending as he can amid COVID-19 restrictions.