Abdullah Shah, also known as Carmen Pervez, stepped over shattered glass, through a broken door and into a storefront building just minutes after officers finished raiding it Wednesday afternoon.

EPS says the searches are in relation to a six-month investigation into a “group of property owners that has allegedly been operating as a criminal organization,” in Edmonton “for many years.”

An EPS spokesperson told CTV News Edmonton the identities of the suspects involved cannot be released until charges are formally laid. It is not clear when that will happen, and EPS did not clarify what the pending charges are or exactly what crime it is investigating.

In an email, the CRA confirmed its presence at the raid, but said the Income Tax Act prevents it from giving any more details. The email notes that the CRA must produce a public report detailing its search, but also that filing that report could take as long as 90 days. 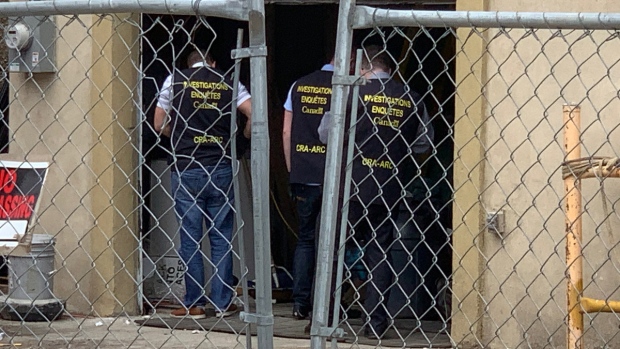 CTV News Edmonton obtained photos of officers searching the buildings on 111 Avenue near 95 Street Wednesday, and later photographed Shah walking into one of the buildings around 5 p.m.

Shah, who changed his name from Carmen Pervez, is a notorious inner-city landlord and convicted drug trafficker, who also pleaded guilty to 54 counts of fraud in a 2008 mortgage fraud case.

Shah’s lawyer, Paul Moreau, confirmed the buildings searched have now been released by police. Moreau said his client has not been arrested, and that he and Shah had no further comment.

David Williamson, a McCauley resident, stopped to photograph the search, and provided some of the images he captured to CTV News Edmonton. 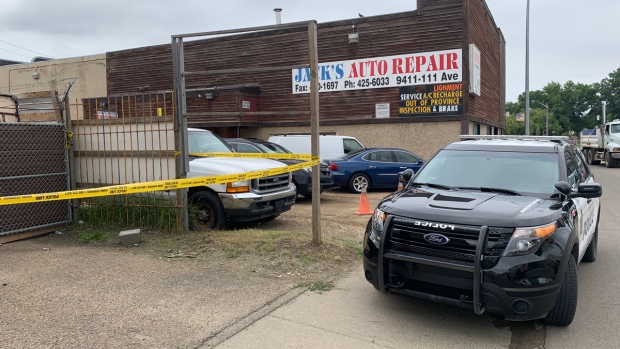 “There were half a dozen police cars, a big police 40-foot van, and a couple of officers—CRA, Canada Revenue Agency guys inside the building. The door was open and they were looking through things,” Williamson.

Williamson, also known as “Rickshaw Dave,” said he’s known Shah/Pervez for nine years and has had disagreements with him over rental properties near Williamson’s home in the past.

“He’s not a nice guy. What he’s doing, you’ve got the most vulnerable people in his properties, paying outrageous rents,” Williamson said.