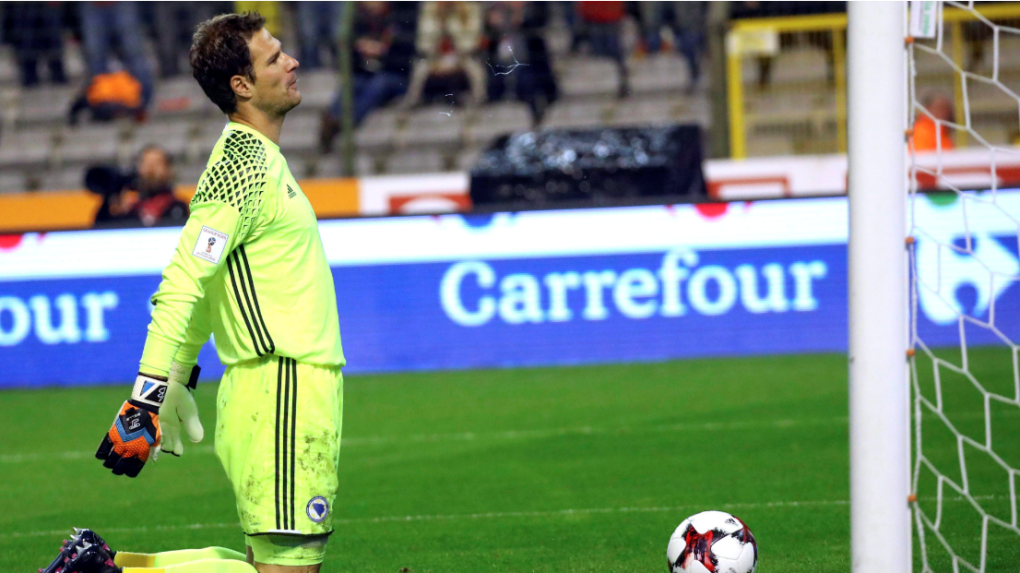 MILAN -- Former Canadian under-20 goalkeeper Asmir Begovic has joined AC Milan on loan from England's Bournemouth through the end of June.

Born in Trebigne in 1987, Begovic was four when his family fled war-torn Bosnia. After seven years in Germany, they moved to Edmonton.

An agent helped set up trials in England with Portsmouth and Tottenham with Begovic liking Portsmouth so much that he signed before trying out with Tottenham.

Begovic started in goal for Canada on home soil at the 2007 FIFA U-20 World Cup before switching international allegiance to Bosnia and Herzegovina in 2009. To date, he has made 62 appearances for Bosnia, including three during the 2014 FIFA World Cup and five as captain.

This report from the Canadian Press was first published Jan. 13, 2020