In what some might call the chance of a lifetime, a local girl from the Samson Cree Nation will be bringing her Cree version of ‘O Canada’ to Blue Jays fans in Toronto.

“It’s really special for us,” Executive Director of Jays Care Foundation Robert Witchell said in an interview with CTV News.

“We’ve never had the national anthem sung in Cree before here at Rogers Centre, so that’ll be a first for us.”

After being selected out of dozens of hopefuls, Saturday’s performance will be the latest of many for the 13-year-old.

“It was really cool,” Kiya told CTV News Edmonton about her successful audition.

“I was really happy that I actually got selected.”

Kiya says she’s loved to sing for as long as she can remember.

“I first started singing when I was younger. I really enjoyed just performing with my mom. She would rent karaoke sets,” Kiya said.

It was about a year ago, during Cree lessons from Kiya’s grandmother — or ‘kokum’ in Cree — that the idea of singing the national anthem in their traditional language was first brought up.

She’s been showing off her Cree version ever since. 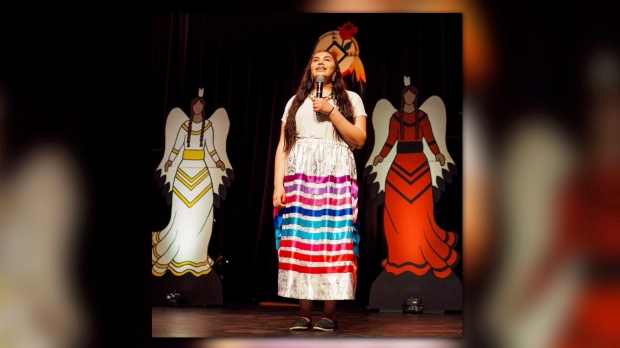 “It started off small for the first little while, then it kind of progressed,” said Kiya. 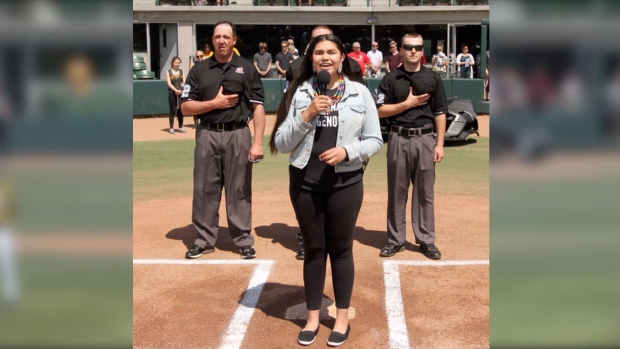 Saturday’s anticipated crowd of around 20,000 will be her largest audience yet.

She tells CTV News Edmonton that she enjoys any opportunity to share her traditional language with others.

“Especially to youth, Indigenous youth who don’t know their culture as much so I can try to inspire them in a way.”

First pitch for Saturday’s game will be at 2:07 p.m. Mountain Time.