The previous estimated completion timeline for the southeast Valley Line LRT had previously been late 2020.

“We’re still working hard to pull back the dates and the time that was lost as a result of that concrete obstruction in the river,” said Dallas Lindskoog, spokesperson for TransEd, the company in charge of building and maintaining the project.

In 2018, construction crews discovered a large concrete mass in the North Saskatchewan riverbed, which delayed work on the Tawatinâ Bridge and thus had ripple effects on other timelines. 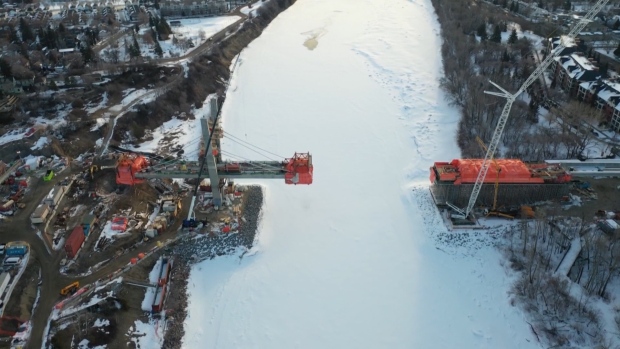 “Right now, we don’t have an exact date and we are just targeting as soon as we possibly can within 2021,” said Lindskoog.

On Wednesday, members of the media were given a tour of the only underground section of the southeast line which runs underneath Edmonton’s Quarters district.

The 400-metre tunnels are twinned, meaning northbound and southbound trains are not sharing the same track, and for safety reasons, will never enter the tunnel at the same time. 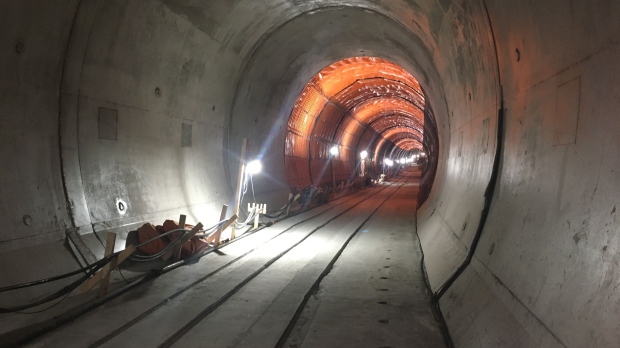 “We chose the twin tunnel option early on in our design development as a way to mitigate the settlement that goes on in any tunnel operation,” said Lindskoog, who added 70,000 tonnes of soil needed to be excavated to dig out both transit corridors.

The tunnel’s north entrance is located at 102 Avenue and 96 Street. The south portal is situated at Louise McKinney Waterfront Park, an urban green space that has served mainly as a construction zone for the past three years.

“We do have requirements in our project agreement that this area be fully restored,” said City of Edmonton project manager Chris Gentile. 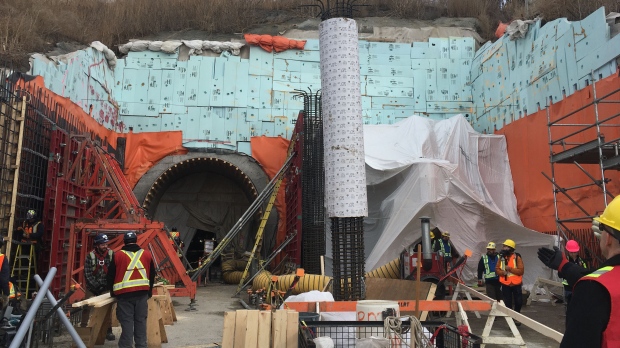 Once concrete work on the tunnels is finished, TransEd said crews will begin installing rail track, electrical and safety systems. The company expects train testing to begin in late 2020, after the Tawatinâ Bridge is completed.

Despite delays, Gentile said the $1.8-billion project is on budget.