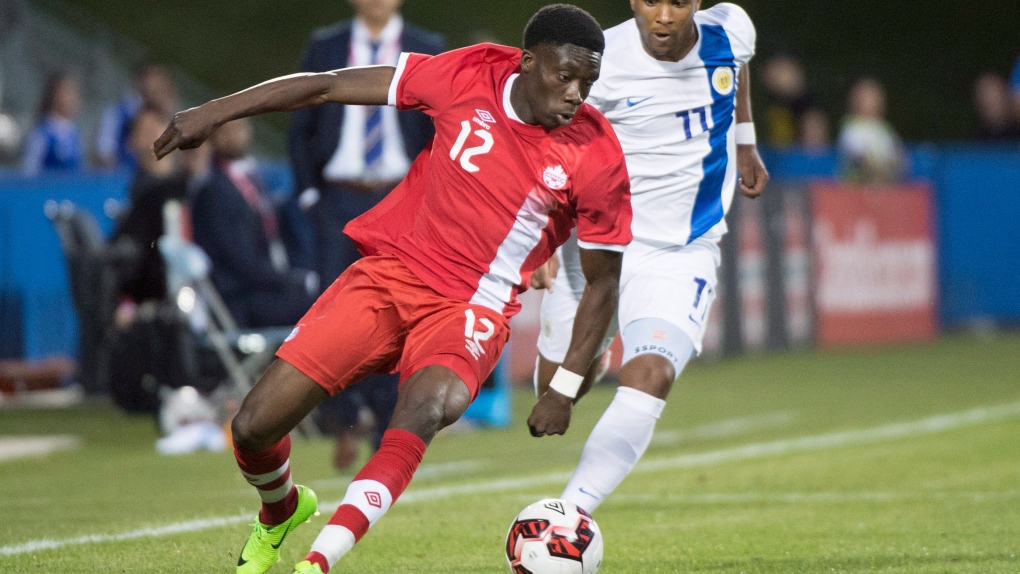 Canada's Alphonso Davies clears the ball away from Curacao's Gevaro Nepomuceno during second half of a friendly match, in Montreal on Tuesday, June 13, 2017. (THE CANADIAN PRESS / Paul Chiasson)

A local 17-year-old professional soccer player could be on the verge of the opportunity of a lifetime.

Davies, born in Ghana before moving to Canada in 2006, made his national team debut at the age of 16. He's youngest player to play for Canada at the highest level.

The 17-year-old scored three goals in four matches for Canada at the 2017 Gold Cup. Davies was the competition’s top scorer, received the Young Player Award and made the tournament’s Best XI.

At the club level, Davies signed with Whitecaps FC II in 2015 after a youth career with the Edmonton Strikers.

The youngster made his MLS debut as a 16-year-old – making him the second youngest league debutant – in 2016.

Davies played in 29 MLS matches for the Whitecaps in 2017.