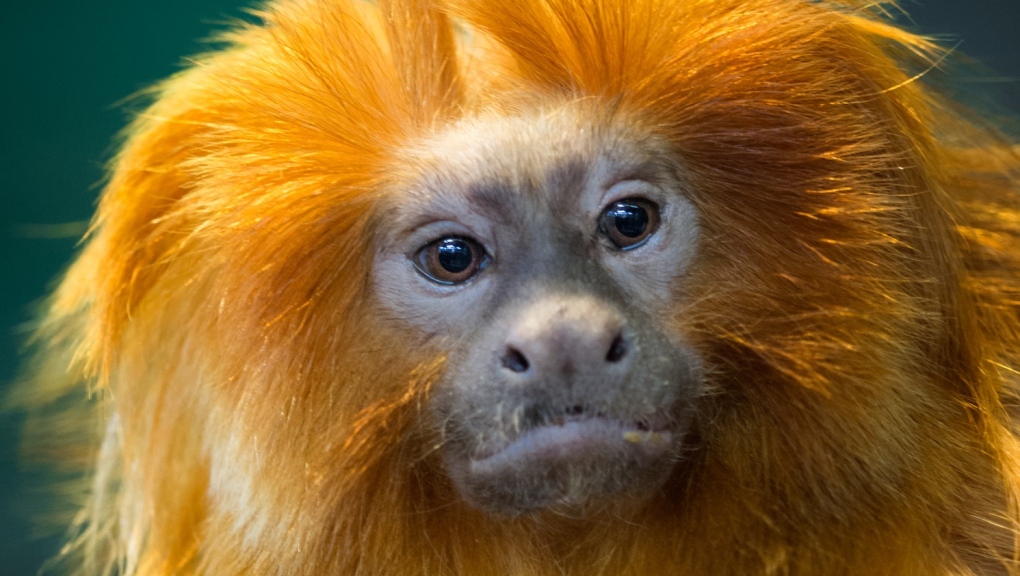 A 14-year-old golden lion tamarin named Jack who lived at the Edmonton Valley Zoo has died.

Jack came to the Alberta capital in 2015 with his brother Hayden. After Hayden's death, Jack was placed with a new companion, a Goeldi monkey named Sandae.

"Despite being different species, Jack and Sandae bonded right away and were often spied curled up together or grooming each other," the zoo said.

In the past few years, Jack began having seizures and mobility issues. He was later diagnosed with epilepsy, a central nervous system disorder which can also affect humans.

"He had a hammock under his platforms in case of falls, and could often be spotted climbing back up a ladder to his platforms like a little trapeze artist."

The zoo was collecting donations in Jack's memory, with funds going to Build Our Zoo, a registered charity that raises money for zoo development and programming.

Golden lion tamarins, also known as golden marmosets, are a type of small New World monkey that is endangered and native to the coast of Brazil.