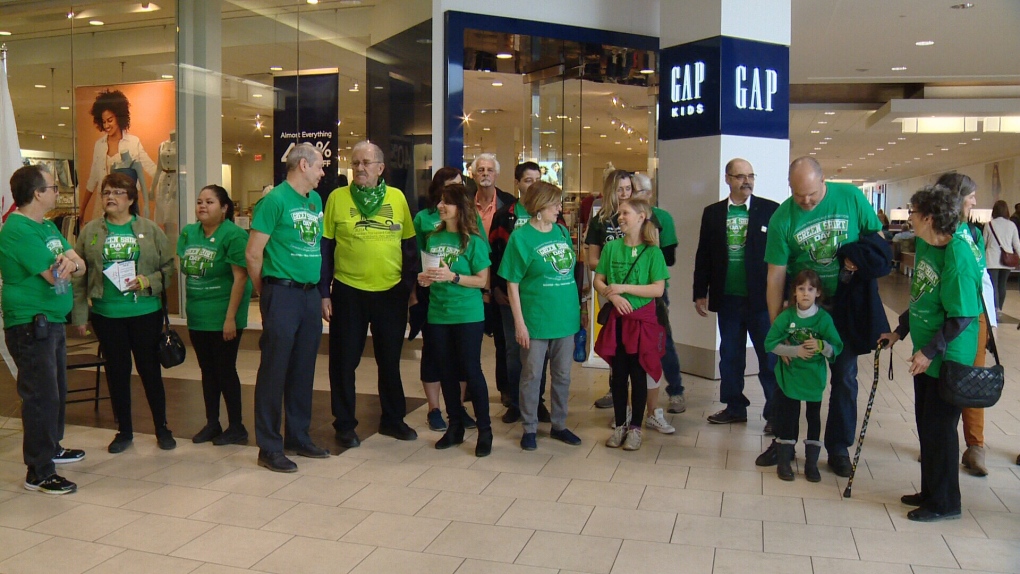 Edmonton support for Green Shirt Day, which encourages Canadians to register for organ donation in memory of Humboldt Broncos’ Logan Boulet, was evident at the Kingsway Mall on Sunday.

Boulet saved six lives by donating his organs last year. Within a short time of the news being shared, an estimated 200,000 other people had registered—an impact that was dubbed the “Lougan Boulet effect.”

April 7 was named Green Shirt Day to inspire even more Canadians to register as donors as well.

The Canadian Transplant Association says the awareness for organ donations has never been greater thanks to the hockey player.

“It's changed the donation awareness all across Canada—probably all across the world,” association representative and advocate Don Tyson said. “Our numbers of people that have chosen to donate now have increased immensely.”

About 23 per cent of Canadians have signed a donor card.