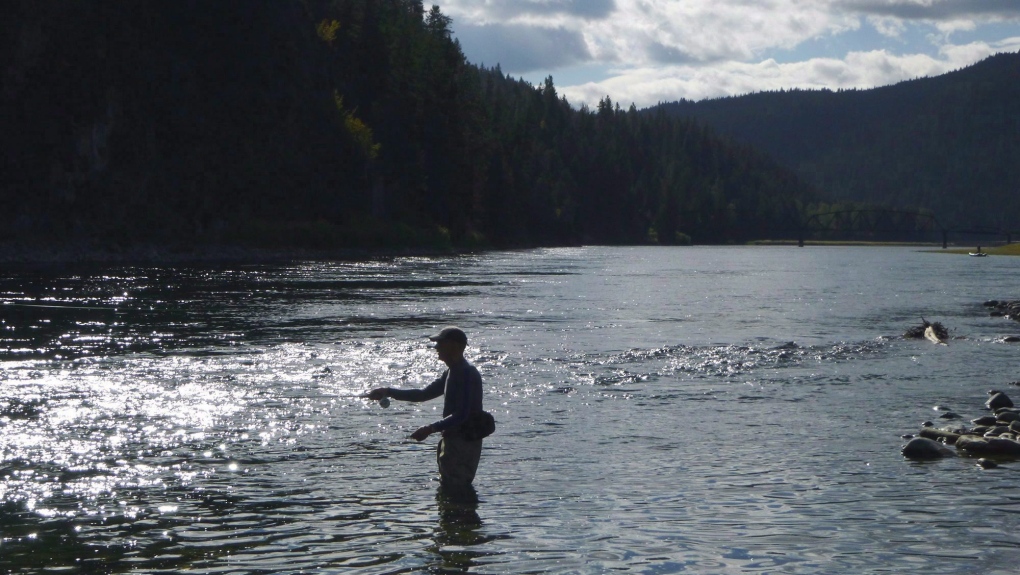 Scientists say the line between healthy and toxic levels of selenium - especially for fish - is narrow. Two millionths of a gram per litre of water is considered enough to harm aquatic life. (File photo: THE CANADIAN PRESS/AP - The Spokesman Review, Rich Landers)

EDMONTON -- Sort of silvery in its raw state, sort of metallic but not really, selenium embodies contradiction.

It's fairly rare - the 68th most common element - but often found with coal.

Tiny amounts are essential to health - selenium helps the body fight tissue-damaging free radicals - but too much is harmful.

Scientists say selenium was brought to the Earth's surface by explosive volcano eruptions in the Cretaceous Era, which ended 66 million years ago. It was absorbed and concentrated in the shells of sea creatures, which is why it's relatively common in carbon-rich deposits from that era.

Selenium poisoning has been around for a long time. Scientists say it is likely to have been behind a condition afflicting horses described by Marco Polo in 1295.

It wasn't until 1957 that a firm link was drawn between excess selenium and toxic effects.

Once dissolved from exposed rock into a water body, selenium is readily absorbed by plants, fungi and algae, which are then eaten by birds and fish. If there's more selenium in the food than the animals can get rid of, it gradually builds up in their bodies.

In fish, it can retard growth, deform skeletons and damage a female's ability to produce and lay eggs. In birds, it reduces the number of eggs that successfully hatch and increases deformities in chicks.

Selenium poisoning in humans is rare. When it has been recorded, it's been blamed for heart and joint damage, tooth and nail decay, lethargy and even bad breath.

Its biggest impact is in lakes or slow-moving rivers. Once it builds up in sediments, it can cycle in the ecosystem for decades.

Scientists say the line between healthy and toxic levels of selenium - especially for fish - is narrow. Two millionths of a gram per litre of water is considered enough to harm aquatic life.

This report by The Canadian Press was first published Feb. 1. 2021