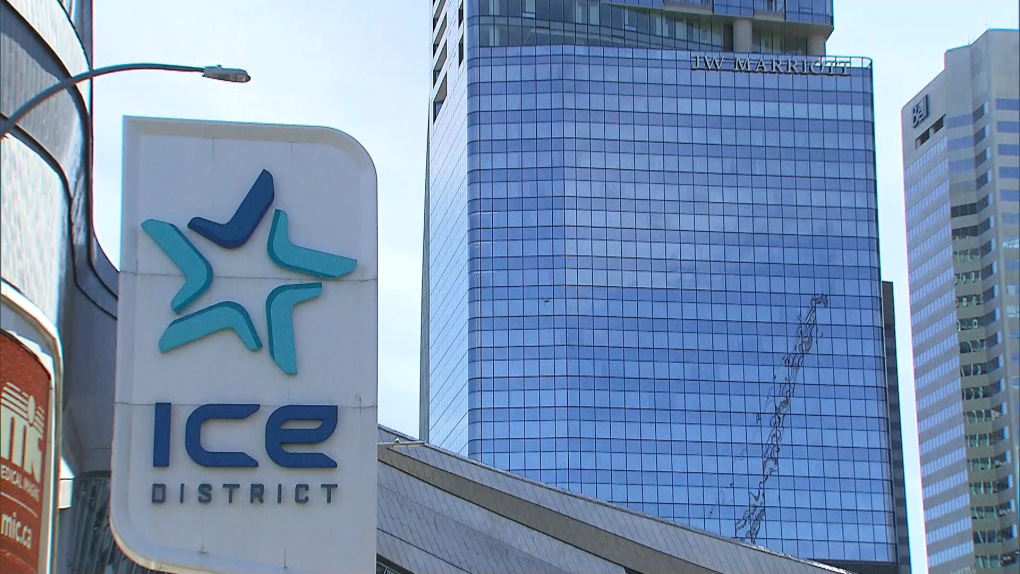 EDMONTON -- An employee at Edmonton's JW Marriott, home of the World Juniors bubble, has tested positive for COVID-19.

The hotel shared news of the positive test with employees in a letter from its human resources director dated Dec. 17 and later obtained by CTV News. It does not identify the employee or specify in what part of the complex he or she worked.

"We are working closely with the Alberta Health Services and other health authorities and are cooperating fully," the letter reads.

"We have provided a safe environment for you to work in and we continue to adhere to all AHS regulations. If you feel uncomfortable coming to work, please speak to your manager."

"We continue to undertake enhanced cleaning protocols and operational steps to enhance safety," reads a statement from the hotel following a request from CTV News.

"The wellbeing of our guests and associates is always of utmost priority."

The World Juniors bubble includes the hotel, Rogers Place and the nearby practice rink.

The IIHF says players, coaches and staff are limited to their team's floor and designated meeting and meal rooms when not on the ice.

Employees of the hotel are not specified in those bubble restrictions but are tested daily, according to the hotel.

On Dec. 18, the IIHF announced eight German players and two Swedish staff members had tested positive, prompting an extended quarantine for both teams. Six pre-competition games were cancelled with the remaining teams playing one exhibition game instead of the initially scheduled two.

The IIHF last provided an update on test results on Monday when it announced one German staff member had tested positive. All other tests from across the 10 teams came back negative.

The tournament remains on schedule to open on Christmas Day.

“We continue to have complete confidence in the operational and risk mitigation plan that was designed by our medical experts and scrutinized by all levels of government,” said the event executive committee in a statement.