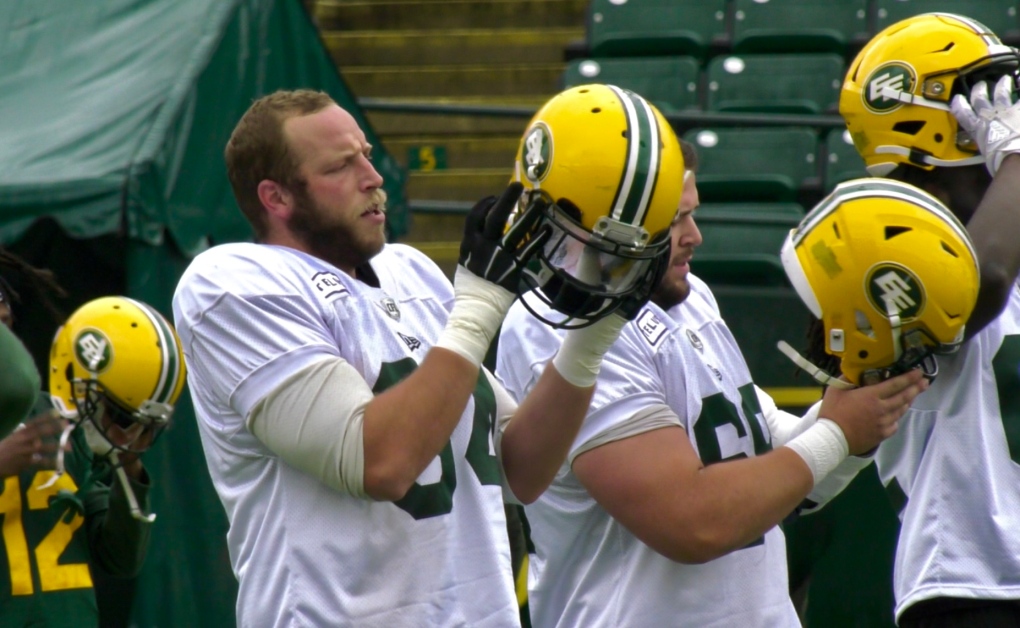 Millions of Canadians are watching the Raptors and Warriors in the NBA finals, and Eskimos players are no different, including backup QB Logan Kilgore who says basketball was actually his first love.

“I grew in a basketball family. My dad was a basketball coach for a long time,” he told CTV News Edmonton Thursday.

A recent study shows the Toronto Raptors’ playoff run has captivated the country.

The Angus Reid Institute reports 40 per cent of Canadians have checked out the action.

“It’s awesome for the entire country to come together… It’s a big time deal. Obviously I’m from northern California, but I grew up a Lakers fan, so I don’t mind it,” said Kilgore, who lived in Toronto for a few years while playing for the Argos.

Offensive lineman Tom Draheim has a different perspective on the whole scenario.

“We weren’t best friends or anything but I mean we knew each other in the building,” Draheim said.

That was before Leonard became the face of Canadian basketball.

Draheim says watching his old schoolmate in action has been a welcome distraction from the grind of CFL training camp.

“You get wrapped up in it real quick. I was on my couch last night watching the game, getting jacked up on it too… I’ve watched his career blossom… it’s just fun to see.”