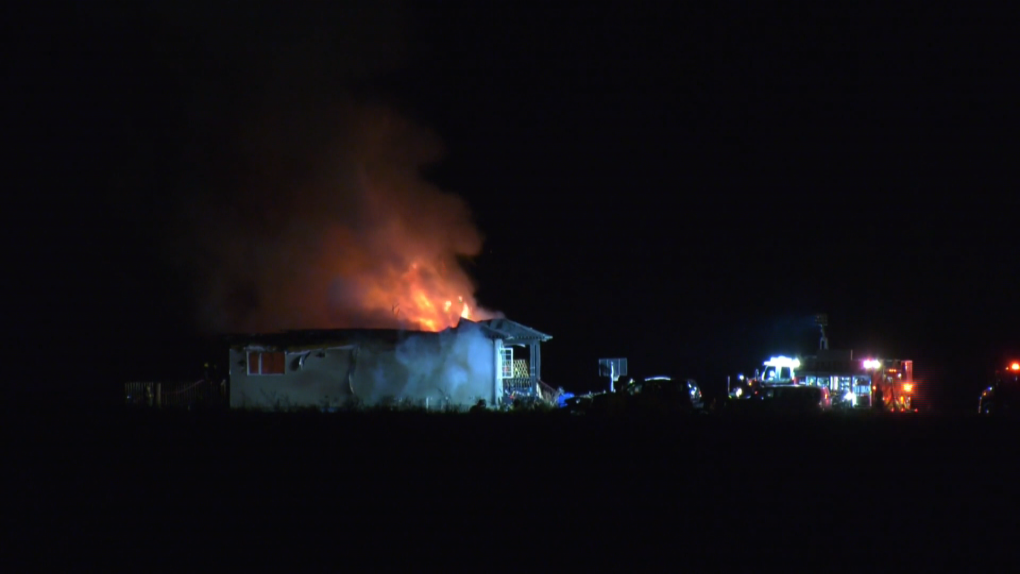 A fire broke out in the early morning hours of Aug. 19, 2021, on Enoch Cree Nation at a house on Township Road 522 three kilometres west of Highway 60.
EDMONTON -

The home of a spiritual leader on Enoch Cree Nation was destroyed in a fire early Thursday morning.

Multiple crews were called to battle a fire on Township Road 522, three kilometres west of Highway 60.

A nation spokesperson said two adults and seven children escaped before the house burned down.

"Everything is lost in the home and the home will not be repaired but replaced," Tanya Cardinal told CTV News.

The home belonged to Rocky Morin, a spiritual leader in the community, Cardinal said.

Enoch Cree Nation is raising money for the Morin family.

The fire started on the back deck but it's unclear what caused it, Cardinal said.

The Canadian men’s national team returns to the FIFA World Cup pitch on Sunday to face Croatia, where they must pick up at least one point or risk elimination. CTVNews.ca will follow the match live.

Canada must secure at least one point against Croatia to stay alive in the tournament and four-time champion Germany looks to rebound against Spain. Belgium is playing Morocco after Costa Rica defeated Japan.

Protests against China's strict 'zero-COVID' policies resurfaced in Shanghai and Beijing on Sunday afternoon, continuing a round of demonstrations that have spread across the country since a deadly apartment fire in the northwestern city of Urumqi led to questions over such rigid anti-virus measures.

Airbnb has a plan to fix cleaning fees

Pretty much everyone hates Airbnb cleaning fees -- those pesky charges tacked on to your vacation rental bill that supposedly cover the costs to get the place ready for the next visitors. Travelers don't like the expense, and hosts don't like charging them, either.