Federal gun laws should not be determined city by city: Edmonton-area mayors

EDMONTON -- Edmonton Mayor Don Iveson says the powers that proposed federal gun legislation would give municipalities is not necessarily the right approach to the problem.

The federal government announced Tuesday it would make good on its promise to impose gun laws with a voluntary buyback program to purchase now-prohibited firearms in the "coming months."

Bill C-21 would also allow municipalities to ban handguns in their region using bylaw restrictions on storage and transportation.

"Normally, mayors are happy to have additional powers delegated to us, but clearly in this case a networked approach is required,” Iveson said Tuesday.

"I've spoken to our police chief about this, whose advice I take very seriously, and the measures needed to curb gun violence deal with organized crime, deal with the trafficking of these weapons and are much more complicated than a simple city by city ban."

In a written statement on behalf of the Alberta Association of Chiefs of Police (AACP), EPS Police Chief Dale McFee said the association would be taking time to better understand the impacts of the new legislation.

"As we have seen over the past year, there has been an increase in gun violence in our communities and addressing this violence is a top priority for all the agencies within the AACP," the statement read. "We look forward to learning more about the proposed legislation and will be able to provide further comment after review."

Just south of Edmonton, Leduc Mayor Bob Young tells CTV News Edmonton he would prefer a regional approach rather than have the decision forced on his city's council alone.

"It’s not unusual for the higher levels of government to download these responsibilities to municipalities," he said. "Personally, you know, I don’t think we should be dealing with this."

"We will probably… sit back and we will see what the City of Edmonton does and probably work with the other municipalities in the region and hopefully come up with something.”

One Edmonton gun shop owner worries having different gun laws for every municipality could lead Canada to have similar problems to ones seen in the United States. 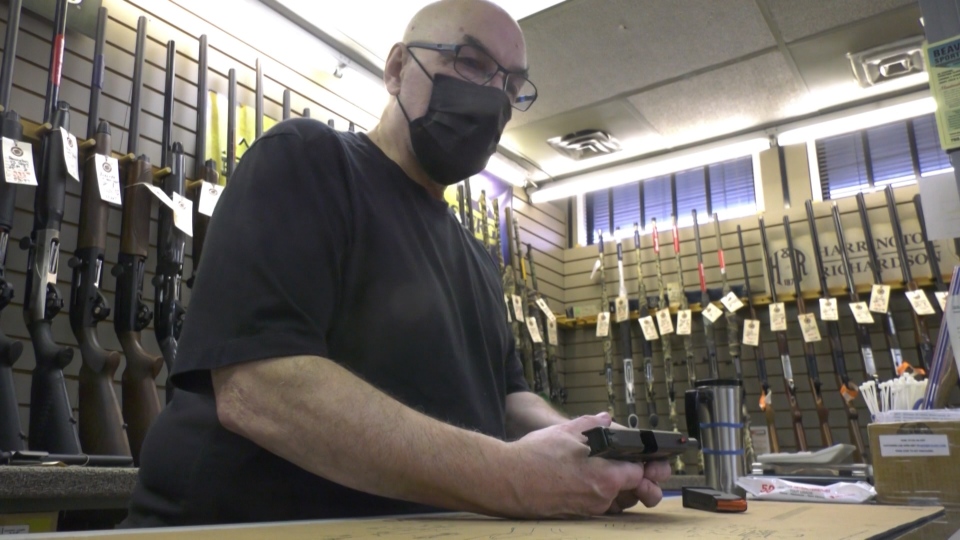 "Our criminal code is Canada-wide and most of our important laws are Canada-wide, so everybody has to abide by them no matter what province you're in," Phil Harnois, owner of P&D Enterprises told CTV News Edmonton. "Where United States that varies considerably state to state sometimes city to city, and it becomes a just a mess."

The CEO and executive director for the Canadian Coalition for Firearm Rights, Rod Giltaca, tells CTV News Edmonton he thinks the proposed federal gun legislation is aimed at the wrong target.

“At the end of the day, what are these gun owners supposed to do? The gang members are shooting up the streets of Toronto, Montreal and Vancouver and legal gun owners can’t keep their firearms at home for some reason so it’s problematic on a lot of levels.

“The idea that the federal government is going to make it a criminal offence to be in violation of a municipal bylaw," said Giltaca. "I’m not sure that that’s ever happened before.”