'Fight for Equity': More than 10,000 people rally against racism at legislature

EDMONTON -- Organizers estimate 10,000 people came out to the legislature grounds on Friday evening to protest the death of George Floyd and racial injustices.

Black Lives Matter is one of the community groups that organized the Fight for Equity rally, which started at 6:30 p.m. 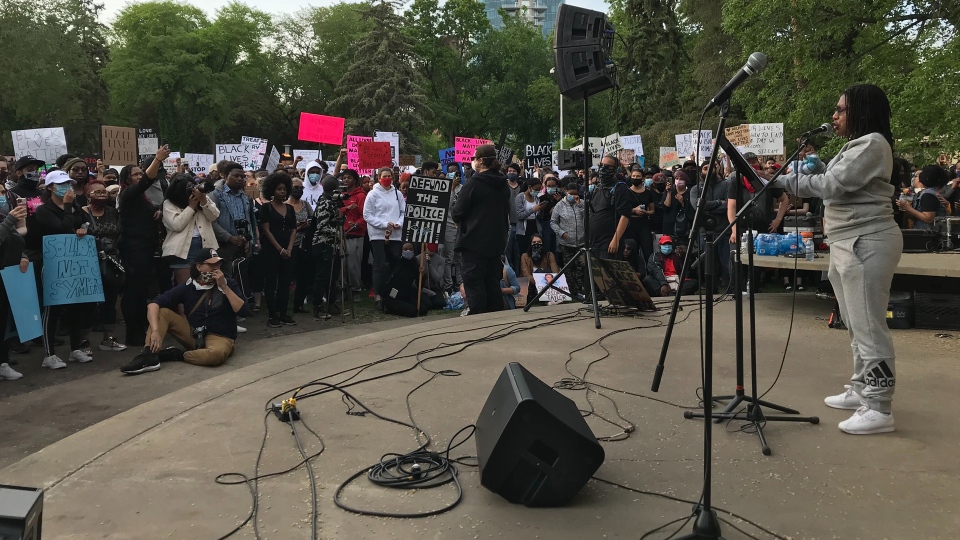 However, people continued to flowed flow in for some time after that to show their support.

Crowds chanted “black lives matter,” “no justice, no peace,” and “I can’t breathe.”

Many brought signs expressing their grief over Floyd's death, solidarity with Black people and people of colour, and desire for change in Canada's justice system.

The rally started on the north side of the grounds, and marched around to the south, where the main rally happened.

Xs were painted on the ground to help maintain physical distancing, and most people wore masks, as requested by the organizers. 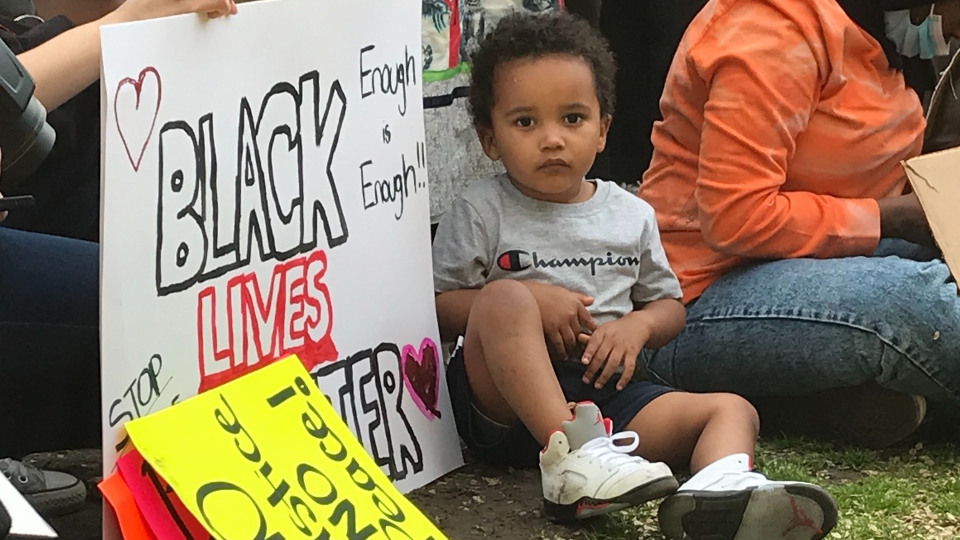 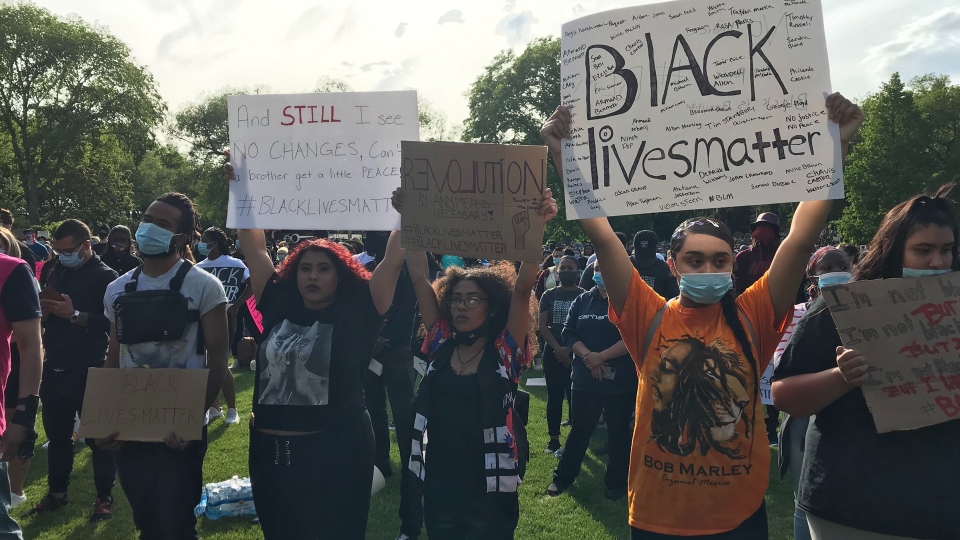 On Facebook, BLM YEG said it worked to have police involvement "reconsidered and redefined," as well as rebrand the rally from "Equality for All" to "Fight for Equity," before it agreed to join the "peaceful protest."

"This dialogue between organizers shared mutual understandings of experiences of anti-Blackness by local Black community as well as the various challenges of organizing," BLM YEG said on the event page. 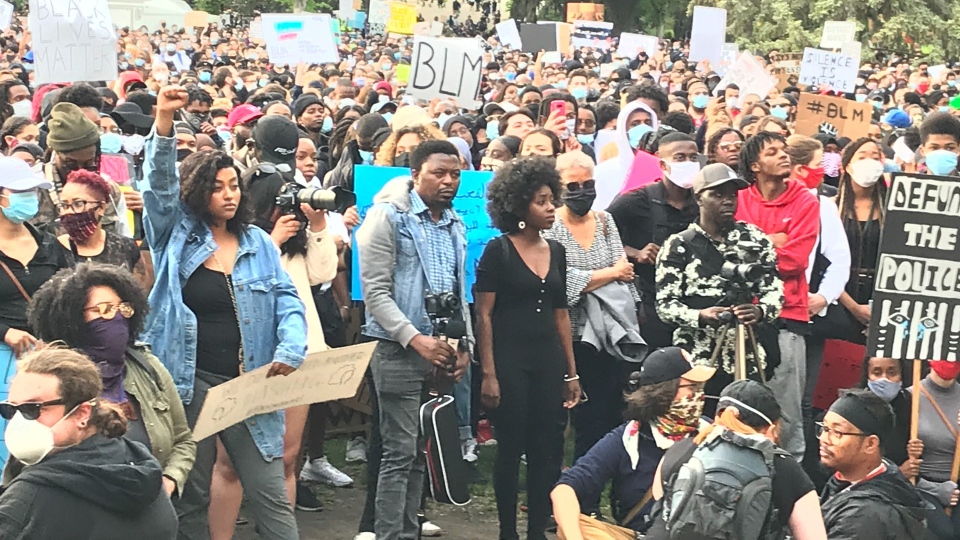 After the program finished at the legislature grounds, the rally continued on Jasper Avenue. 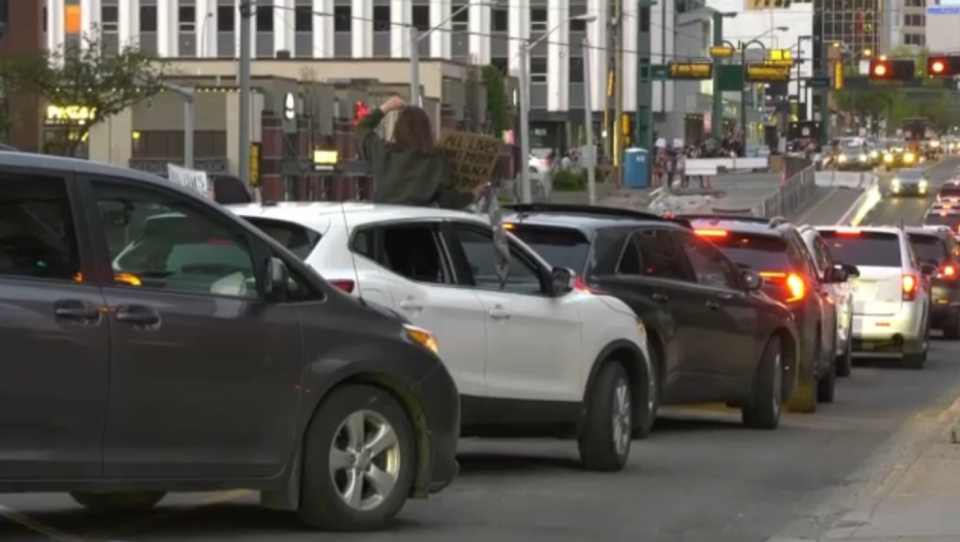 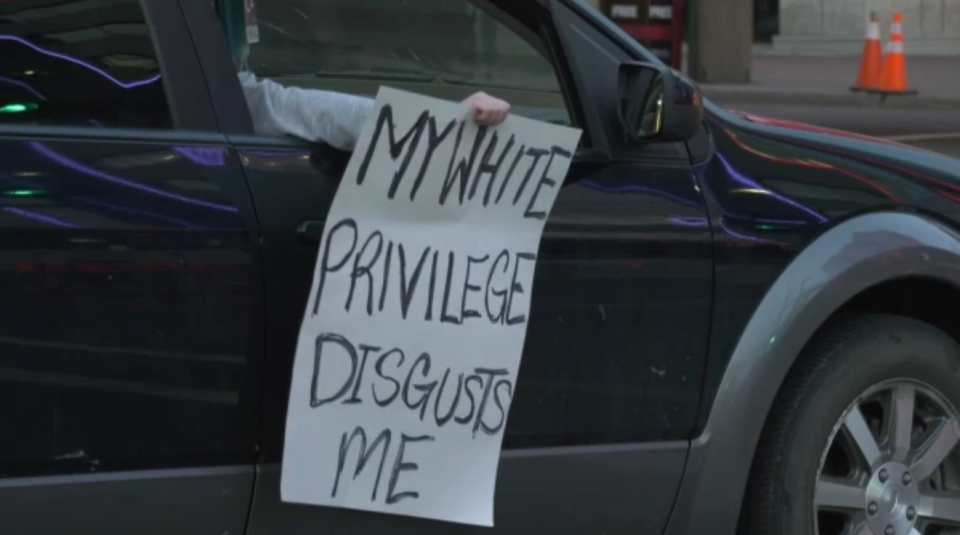 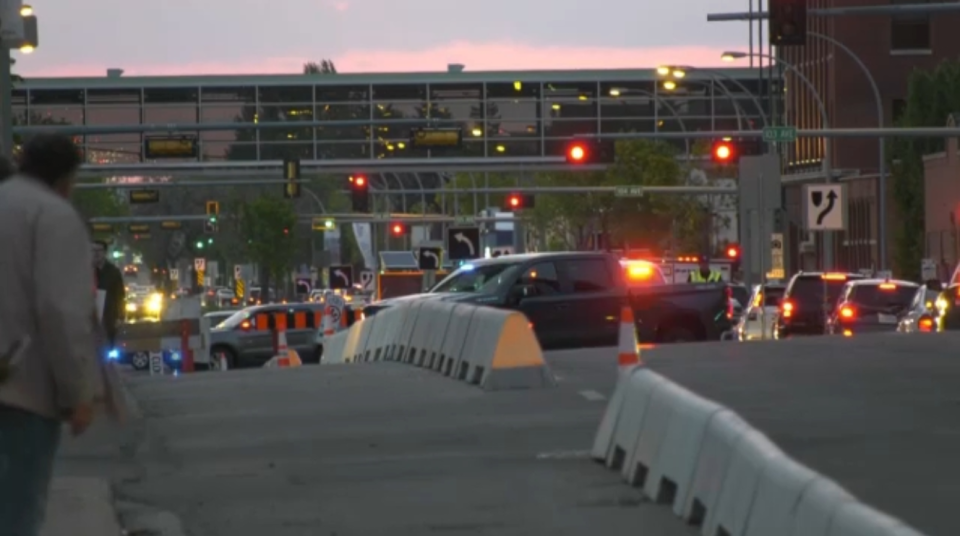 According to police, a man blocked a police vehicle near 109 Street and 82 Avenue and "smashed" it with his sign. A woman also reportedly hit an officer in the fact, although the member was not hurt. EPS said both people were released later, and aside from the incident, did not make any other arrests or issue public health order violatinos.

We have some tough work ahead but, if we can work together, we can make some meaningful change.

Black Lives Matter Edmonton, through a petition that has gathered 3,524 out of 5,000 signatures, is asking the City of Edmonton to invest its communities and divest more funding from the Edmonton Police Service.

The letter Black Lives Matter is sending to the city says, in part:

Instead, Black Lives Matter is asking the mayor to not increase the EPS budget, scrap the $75-million promised increase it cites from 2019, and to use that money for affordable housing, mental health initiatives, free public transit, and funding community organizations.

Five charts that show what systemic racism looks like in Canada

Minneapolis to ban police chokeholds in wake of Floyd death

'In Edmonton it happens a lot': Local Black man restrained by the neck during arrest speaks out

'Get your knee off our necks!': Floyd mourned in Minneapolis

How has racism impacted your life? We want to hear from you

How to be anti-racist: Speak out in your own circles