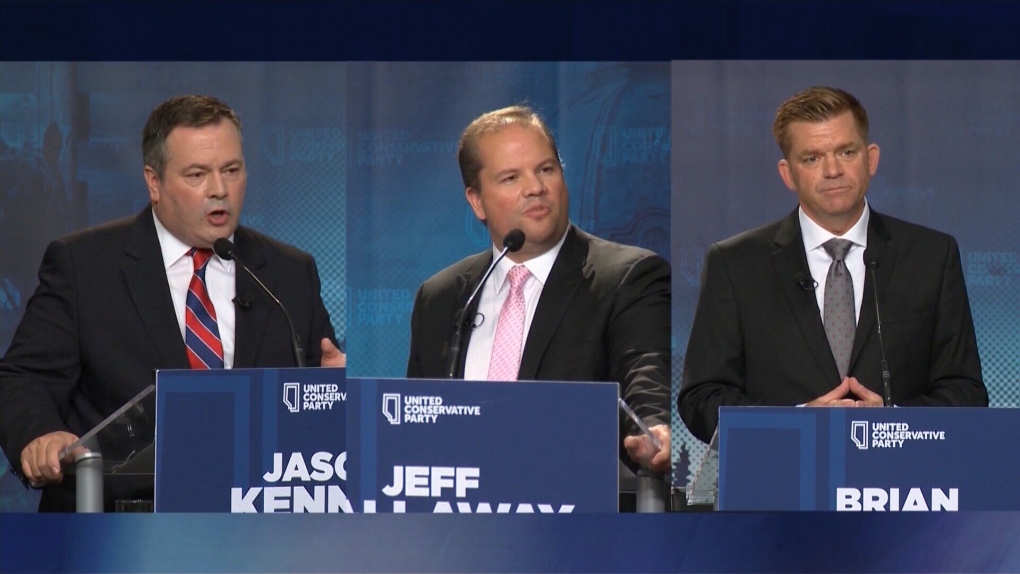 From left to right: Jason Kenney, Jeff Callaway, Brian Jean. Callaway has been accused of working with Kenney in a "kamikaze" campaign in the United Conservative Party's 2017 leadership race to undermine Jean.

The Alberta election commissioner has issued an additional $22,000 in fines in relation to Jeff Callaway’s UCP leadership campaign.

On May 22, Lenore Eaton, the chief financial officer for that campaign, was given two $5,000 fines. The election commissioner said Eaton failed to advise the CEO of a prohibited contribution from Energize Alberta Corp. and made a false statement on the Leadership Contestant Financial Statement.

Co-Campaign Manager Cameron Davies was given six separate fines of $2,000, both for giving money to others for the purpose of contributing to the campaign and for contributing funds under other people’s names.

A total of $71,000 in fines has now been handed out by the election commissioner in connection with the Callaway leadership campaign.