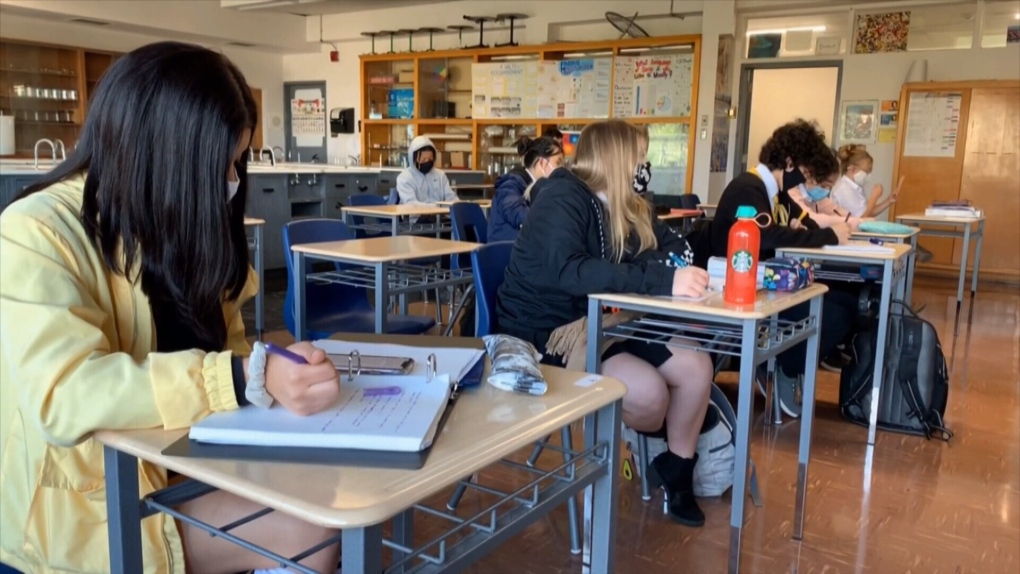 She said officials learned earlier that day two of the variant cases were likely the result of in-school transmission within the same classroom.

There have been seven classes in six schools where a student with a COVID-19 variant attended school while infectious, but this is the first instance contact tracers haven't been able to link the cases to a source.

“At this point, the transmission again looks quite similar to what we've seen on occasion with non-variant cases of COVID-19, where we have seen occasional examples of in-school transmission," Hinshaw told reporters.

However, she said, given the number of times in-school transmission has not happened after a student attended school while infectious, "this does not seem like not the norm for variants but rather an outlier."

Hinshaw added, "We will be continuing to monitor, and at this time, it seems like the in-school approach is appropriate for the current situation."

Those who were potentially exposed are being asked to quarantine and being offered double testing.

The top doctor said the schools would not be named as their communities do not face "any additional danger," noting the province has begun reporting variant cases according to region if the public was curious.

There are 421 Albertans in hospital with the disease, including 77 in ICUs.

SECOND DOSES THE PRIORITY FOR NEXT VACCINE SHIPMENTS: CMOH

The province is making progress delivering second doses of vaccine to the most vulnerable; Hinshaw said 71 per cent of all long-term care and designated supportive living residents have been fully immunized. Nearly 130,000 shots have been administered.

The province is awaiting its first shipments in weeks from Pfizer.

Alberta's priority is to finish immunizing those who have so far only received one dose of vaccine within the maximum 42-day window, Hinshaw said.

"That will be the number one priority for all shipments coming in. Once that's completed, then the first doses will start being able to be booked again. We know that there are some health care providers who are eligible who were not able to get their first doses in January."

Seniors are next in line to be offered the shot.