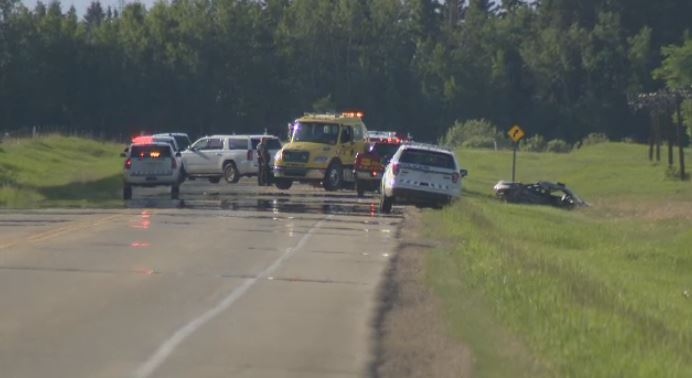 Five people were killed in this crash on Hwy 2A & Township Rd 472, about 5 km south of Millet.

Five people have been killed in a highway crash south of the town of Millet.

The crash happened on Hwy 2A at Township Road 472 just after 4 p.m. Tuesday.

The five victims were in the same vehicle. Four of them died on scene while the fifth victim was transported to an area hospital where they were pronounced dead.

The driver of the other vehicle suffered minor injuries and is being treated at an area hospital.

STARS Air Ambulance were called out shortly after the crash happened but they didn’t wind up transporting anyone to hospital.

The road was closed off to traffic for several hours as RCMP investigated.

The cause of the crash is unknown at this time.

Millet is 54 kilometres south of Edmonton.