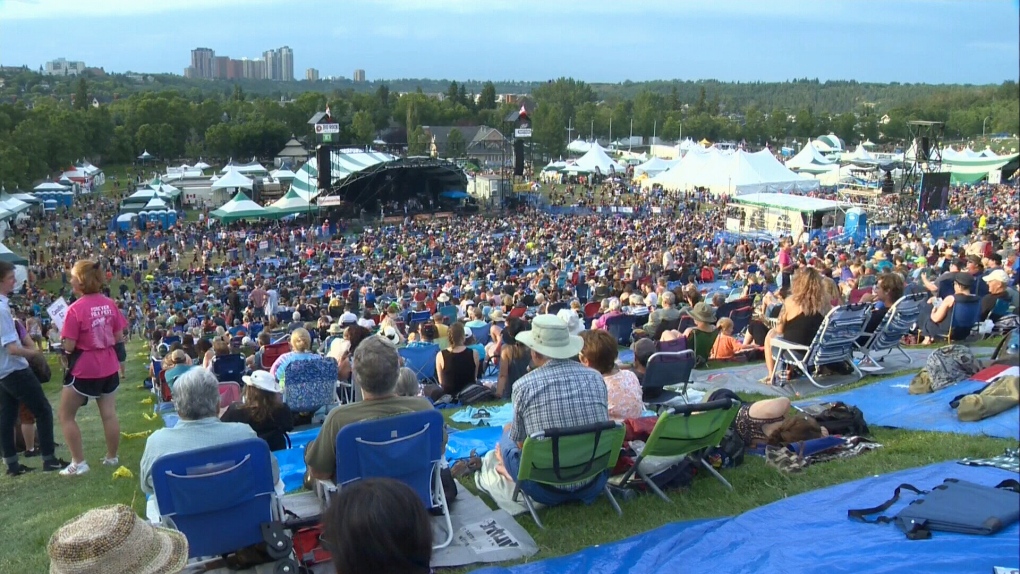 EDMONTON -- Two summer music festivals have officially been cancelled for 2020.

Organizers of the Edmonton Folk Music Festival and BOMFEST by Boodang Music Canada both said on Tuesday the decision was necessary given the COVID-19 pandemic.

"Everything I've read, pushing things for 12 to 18 months, so I'm more worried about next year's festival at this point," producer Terry Wickham told CTV News Edmonton.

"Whether borders are open, whether big, large gatherings are allowed, whether there's a vaccine -- all those things. But we'll concentrate on this year. It's a sad day."

BOMFEST added it was a difficult but carefully made decision.

“While the cancellation of BOMFEST 2020 is gut-wrenching, we had no other choice, and it is the best way to keep our artists and fans safe.”

Wickham said the decision came at as good a time as any: The lineup was supposed to be finalized by June 1 and ticket sales to begin June 6.

"We'll take a little bit of a hit, but the timing was very good before we incurred most of our expenses. If this happened two weeks before the festival, that would be a different situation."

In fact, he said he was less concerned about the festival's finances, which he described as healthy, than that of its food and artisan vendors. The festival will be releasing a list of those businesses and other community organizations which it hopes Edmontonians will support in the festival's absence.

“Our focus will turn to the community and the search for areas where we can help. We are very fortunate to live in a uniquely vibrant city and a country with excellent health care. Thank you, Edmonton,” wrote the Edmonton Folk Music Festival Society.

“You are good neighbours on the hill, and now you have a chance to be a ‘good neighbour’ all year and to bring that folk festival spirit to your community, your family and your friends. Until we return, keep listening to great music.”

BOMFEST refunds will be given automatically if tickets were purchased through Showpass, or by contacting a promoter.

Folk Fest had not yet started selling tickets, and will not release the planned 2020 lineup. The only act who had been released was John Prine, who died from COVID-19 complications earlier this month.