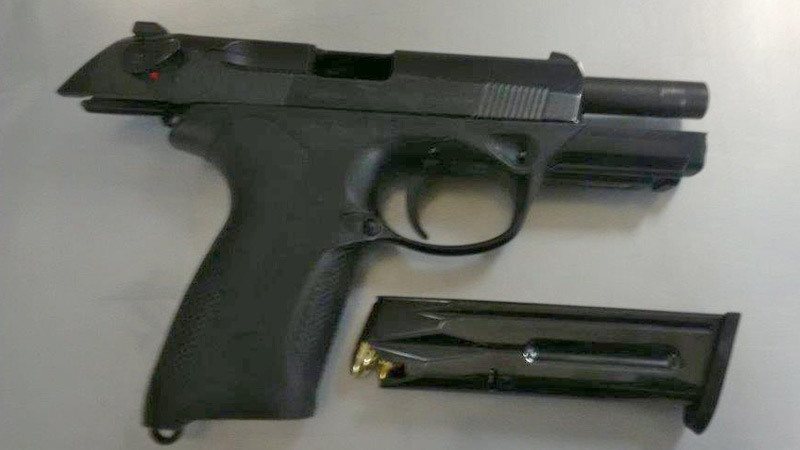 ALERT released an image showing a Beretta 9mm handgun seized in a traffic stop in the area of 4 Ave. and 50 St. on Wednesday, August 3. Supplied.

Officials with Alberta Law Enforcement Response Teams (ALERT) said Thursday that two Edmonton brothers, one of them a former player with FC Edmonton, were facing a range of charges following a drug and weapon seizure.

The arrest came after ALERT received information that the pair was allegedly trafficking drugs, and had firearms in their possession.

The younger brother was arrested during a traffic stop in the area of Ellerslie Road and 70 Street SW. Inside the vehicle, investigators found sixteen individual bags of cocaine, and $5,285 cash proceeds of crime.

In addition, an Infiniti sedan was seized. Sadi was charged with possession for the purpose of trafficking.

The older brother, Saidkheyam was arrested at a traffic stop near 4 Avenue SW and 50 Street SW. At the time of his arrest, he had a small brown satchel with a loaded Beretta 9mm handgun, with its serial number removed, and $3,950 cash proceeds of crime. His Mercedes SUV was also seized.

Investigators said a home in southeast Edmonton was also searched, but no evidence was found there.

Sadi Jalali joined FC Edmonton in 2013, and played forward. He was released by the team on July 25.

“Sadi, our investigators were aware that he was involved with FC Edmonton, with the club, but during the course of our investigation, it appears he wasn’t a member and it had no bearing on the investigation,” Mike Tucker with ALERT said.

Both suspects have been released on bail, and are scheduled to appear in court August 18.