Four people evacuated after fire breaks out in Edmonton attic 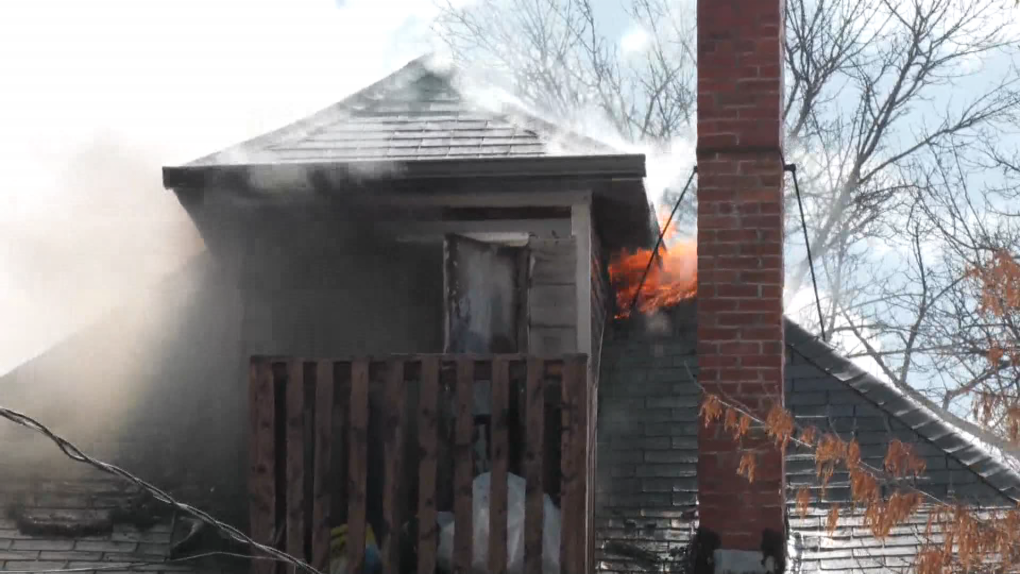 EDMONTON -- No one was injured after a fire broke out in an attic at a home near downtown Edmonton Tuesday.

Firefighters were called to a rooming house on 106A Avenue near 95 Street just before 1 p.m.

The fire was confined to the attic space and part of the third floor. Flames could be seen shooting from the roof.

Four people were evacuated from the home with no injuries, according to fire officials.

Firefighters said the nature of the property made it a challenging blaze to battle.

Thirty-two firefighters in eight crews responded to the blaze.